Glenn Beck On Health Care Decision: The GOP Are ‘Full of Crap’ ‘Cowards’ And ‘This Destroys Bush’s Legacy’
video

Glenn Beck On Health Care Decision: The GOP Are ‘Full of Crap’ ‘Cowards’ And ‘This Destroys Bush’s Legacy’ 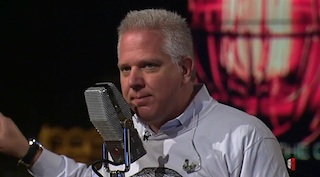 Anyone hoping for any fiery rants on, say, Fox News, following the Supreme Court decision this morning have probably been disappointed. If anything, they’ll have to wait until the opinion shows begin tonight. However, reactions have been much blunter and louder on conservative talk radion. Like Rush Limbaugh, Glenn Beck made no attempt to hide his feelings. In fact, he launched into an absolutely epic rant, furiously condemning not just the Supreme Court, but also the Republican Party and the entire mainstream conservative movement.

Beck promoted the upcoming FreePAC event, saying that today’s result just furthered his frustration with regular conservative groups. He told listeners that he was sick of going to CPAC where he can speak out against progressives, get applause from the crowds, and then be betrayed by the “cowards” in charge who are “won’t come out and tell you what they really are”; “covert progressives.”

One such person who got called out was former President George W. Bush, the president who appointed Chief Justice John Roberts. He discussed Bush with co-hosts Stu Burguiere and Pat Gray.

Beck went on to mock the notion that there is no litmus test for appointing Supreme Court justices, imagining a scenario where he’d ask potentials if they, for example, were ok with abortion and, if they didn’t answer instantly, he’d send them right out the door. He also talked about Mitt Romney, warning the presidential hopeful that he “wouldn’t have jack support” in the country if he got into the White House and dared try to be “Mr. Bail Out” or have “a little RomneyCare.”

As angry as he was though, Beck promised he wouldn’t stop fighting. Brandishing a bracelet with Nelson Mandela’s prison number (although he admitted Mandela was a Communist with Gray reminding listeners to hate the man’s politics but love his character), Beck gave a passionate speech to his fans.

UPDATE: In response to the ruling, Glenn Beck is making all GBTV coverage available for free tonight. I imagine you will get some more awesome rants like this one. Also, he’s already selling these: 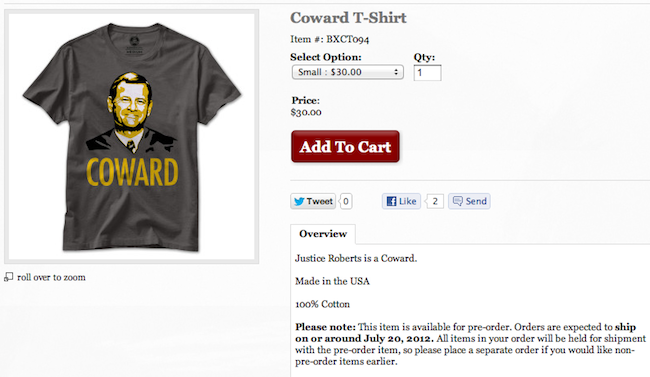