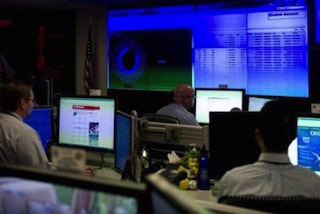 On Friday afternoon, Glenn Greenwald, who’s having quite the week, published in the Guardian a Presidential Directive ordering Obama’s intelligence and national security officials to compile a list of foreign targets for cyber attacks.

Only two days ago, Greenwald broke the story of the NSA’s blanket surveillance of Verizon’s phone records, and yesterday was instrumental in breaking the story of PRISM, an NSA program that allowed the government agency access to content of nine major internet servers.

Now he has his hands on a secret Presidential Directive. From Greenwald’s article:

The 18-page Presidential Policy Directive 20, issued in October last year but never published, states that what it calls Offensive Cyber Effects Operations (OCEO) “can offer unique and unconventional capabilities to advance US national objectives around the world with little or no warning to the adversary or target and with potential effects ranging from subtle to severely damaging”.

It says the government will “identify potential targets of national importance where OCEO can offer a favorable balance of effectiveness and risk as compared with other instruments of national power”.

The directive also contemplates the possible use of cyber actions inside the US, though it specifies that no such domestic operations can be conducted without the prior order of the president, except in cases of emergency.

Greenwald published the directive on the eve of Obama’s weekend meeting with Chinese President Xi Jinping in California; one of the primary topics of the meeting was to be China’s use of cyber attacks.