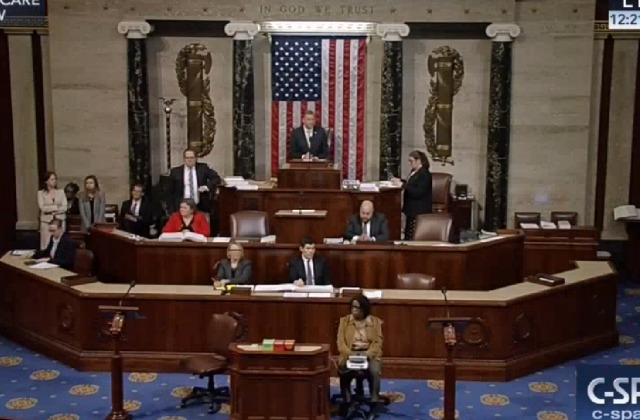 Following the decision to pull the American Health Care Act from the House floor, one Republican congressman tweeted some criticism of fellow Republicans:

If you’ve been closely following the drama on Capitol Hill, you know that the AHCA faced fierce resistance from the House Freedom Caucus, to the point where Trump himself called them out on Twitter this morning:

The irony is that the Freedom Caucus, which is very pro-life and against Planned Parenthood, allows P.P. to continue if they stop this plan!

(Trump said after the bill was pulled that he’s not angry at the Freedom Caucus, just disappointed.)

It wasn’t just Freedom Caucus members that opposed the bill, but Kinzinger was not alone in his assessment. Fox News’ Brit Hume had words of criticism for the caucus as well:

The blame is on the Freedom Caucus & Sens. Lee, Cruz & Paul, who once more want to lead Congressional GOP to another political dead-end. https://t.co/NNzvRxCiaL

.@BretBaier on Fox News: “Today is a win for President Barack Obama.” He should take @freedomcaucus to dinner.

Congressman Jim Jordan, one of the Republicans in the House Freedom Caucus, tweeted out the following after the bill was pulled:

Obamacare is a disaster, and repealing it remains one of my top priorities