Governor’s Accidental Bondage Tweet Has Real Explanation Behind It 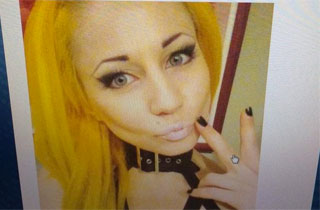 Yesterday, Delaware Governor Jack Markell (D) accidentally tweeted a photo of a lady in bondage gear instead of a photo of teachers at an elementary school, and he immediately promised to get to the bottom of it. Yeah, we’ve heard that one before, we all thought. What’s it going to be this time? A hack? An intern? Maybe a new sex scandal? It’s been months since there’s been a good sex scandal. Welp, let’s get ready for whatever it is.

It turns out, however, that there’s a completely legitimate reason for the tweet. As @webster noted on twitter, the two randomly-generated URLs were off by only one letter:

You're an idiot if you think @GovernorMarkell’s tweet was scandalous. And seriously, leave @PreciousLittle alone. pic.twitter.com/yVXfOhiIQz

And, yes, we tried it, and it checks out.

For his part, Markell wished that the link had actually gone to a cat video. Since we don’t have a sex scandal to worry about now (and thank god for that), we’ll happily oblige.