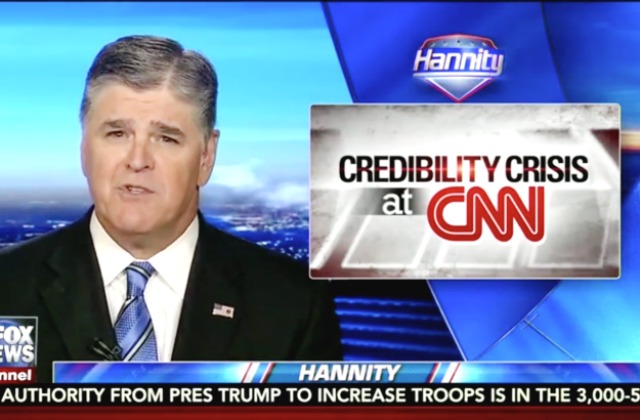 It didn’t take long for Fox’s biggest star to fire back.

As you can see in the tweet above, conservative host Sean Hannity mocked CNN for its recent coverage of the Stormy Daniels-Donald Trump scandal while calling CNN “Fake News,” Hannity’s favorite insult for the cable news outlet that he cribbed from the president.

Hannity also noted that “there is a reason crowds chant “CNN Sucks”,” likely referencing the audience reaction at Trump rallies whenever the president mentions the channel.