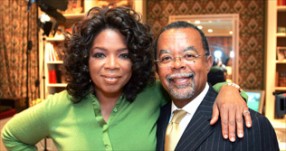 Henry Louis Gates Jr., renowned Harvard professor and frequent Oprah Winfrey guest, was arrested at his home early yesterday morning under charges of disorderly conduct. Or at least that’s the version of the story that first hit the AP. The version that’s since come to light is vastly different. Get ready, this is one of those stories that once the cablers pick up could likely dominate the airwaves for the rest of the week, if not longer.

By yesterday evening Charles Ogletree, a fellow Harvard professor and Gates’s lawyer, had released to the press a much different chain of events. Here is part of the statement he released to The Root:

But there’s more. The New York Times version adds this detail from the police report:

In the report, Sergeant Crowley said a white female caller had notified the police around 12:45 p.m. of seeing two black men on the porch of the home, at 17 Ware Street. The caller, who met the police at the house, was suspicious after seeing one of the men “wedging his shoulder into the door as if he was trying to force entry,” according to the report.

Wow. We’d say something along the lines of “a story like this is too crazy to make up” except probably for much of Black America some version of it is a daily reality. Beyond that it’s not hard to imagine a firestorm of controversy and coverage, which could be on the heels of this, particularly since Gates is probably known best to public via his appearances on The Oprah Winfrey Show Or that it will probably be worked into a White House Press briefing in the not too distant future. Is America about to stop talking about health care and start talking about race?

It should be noted that the police officer has a much different take:

“While I was led to believe that Gates was lawfully in the residence,” Sergeant Crowley wrote in the report, “I was quite surprised and confused with the behavior he exhibited toward me.”

Also, Crowley says Gates followed him outside, and characterized Gates as belligerent and uncooperative. You can read the entire police report here.

UPDATE: That was fast! Boston.com is reporting that all charges have been dropped.

“Everyone recognized that this was an incident that should never have happened and it needed to be resolved quickly,” said defense attorney Walter Prince, who was asked by Harvard law professor Charles Ogletree to help represent Gates.

Prince would not say whether he thought racial bias played a role in Gates’s arrest, and said the joint press release spoke for all parties involved.

“We dealt with this matter at a higher level to resolve it,” Prince said.

Translation: Let’s get this out of the news cycle as quickly as possible.