Hey, GOP, Donald Trump Says You Ought To Start Appealing To Minorities

Hey, GOP, Donald Trump Says You Ought To Start Appealing To Minorities 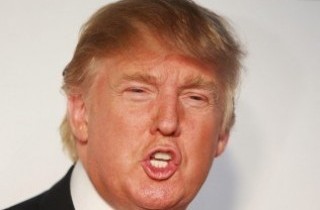 In order to survive, the Republican Party must try to appeal to a broader swath of minorities in America. Serious pundits and conservative firebrands alike have been saying it daily since the election. And now Donald Trump adds his voice to that mix.

In a NewsMax article on Monday, the well-respected political pundit — best known for his business ventures, investigative reporting, and gritty reality television-making — said that the GOP needs to change its message going forward in order to continue to be competitive with the rival Democrats.

Trump also blasted Mitt Romney’s much-mocked “self-deportation” plan as a “crazy” and “maniacal” policy that caused Romney to lose the potential vote of “everybody who is inspired to come into this country.” The wealthy real estate magnate also suggested the GOP rethink its immigration plans with emphasis on taking care of an “incredible problem that we have with respect to immigration, with respect to people wanting to be wonderful productive citizens of this country.”

Of course, the irony in Trump’s suggestion that the GOP should try to appeal to minorities is that he himself did a great deal of damage to the Romney campaign’s reputation… even if they never expressly endorsed Trump’s wacky pursuits. After all, relentlessly labelling the current Democratic president a Kenyan-born fraud who is not “one of us” and is most definitely here to destroy America with his policies, is… not exactly appealing to minorities.

So, yes, appealing to minorities would most certainly help the Republicans thrive in the future. But Trump misses a surefire way for the party to do so: dump Trump.