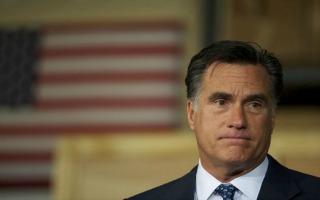 What turmoil in the Middle East?

After a day of focus on infighting and chaos inside the GOP presidential candidate’s machine, a series of videos from a closed-door fundraiser for Mitt Romney have now surfaced that feature the candidate talking candidly about the electorate and his electoral chances. Of course, Romney dispenses with flowery campaign rhetoric for his donors and treats them to actual inside information for their money. For average voters, however, the words out of Romney’s mouth will be shocking and distasteful.

An earlier video of Romney speaking about the horrors of Chinese labor conditions he was made aware of while working for Bain Capital hit the internet over the weekend.

BuzzFeed’s Andrew Kaczynski has posted a large dump of videos of Romney speaking to a group of supporters. Each video is headlined with a quote, any one of which taken in isolation would prove to be politically problematic. Together, they form what Democrats certainly hope will be a critical mass of insensitivity that could have the potential to derail the Romney campaign.

But the video that will have the most legs, and is presently taking over the internet, is this video in which Mitt Romney accurately, if inartfully, describes the electorate that is loyal to the president and unavailable to him.

Our message of low taxes doesn’t connect…so my job is is not to worry about those people. I’ll never convince them that they should take personal responsibility and care for their lives. What I have to do is convince the five to 10 percent in the center that are independents, that are thoughtful….

There is no question this is damaging stuff. If this came from the mouth of a political consultant or a campaign messaging guru, this type of statement would be dismissed outright. Why? Because, in campaigning and electioneering terms, it is 100 percent accurate.

But because it comes from the mouth of a candidate, this statement will be construed by President Barack Obama‘s campaign and their supporters to mean that Romney will not govern with the interests of nearly half the nation in mind. The context of Romney’s statement, his thoughts on how to cobble together a 50+1 coalition on Nov. 6, will be lost amid the feigned outrage over his insensitivity.

On a day in which the press has focused on the infighting within the Romney campaign – a process story which always turns voters off who recoil at the dirty business of politics – this video will not help matters. Voters will hear the candidate detail, in truly sordid terms, how political candidates actually win elections. Yuck.

It has always bothered me how politicians exploit voters’ instinctual revulsion by politics and campaigning because it is easy to impugn your opponent for engaging in that dirty business. Sure, its the height of hypocrisy, but winning is all that matters in the end.

This video will probably drive the news cycle for the next 24-48 hours – the Romney camp really needs that reset.