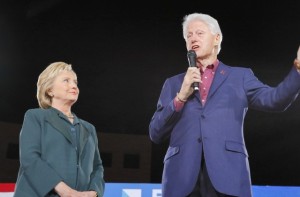 Multiple sources are confirming that Bill and Hillary Clinton will be in D.C. this month, and will attend Donald Trump‘s presidential inauguration.

The former Democratic candidate has mostly stayed out of the spotlight ever since her surprising loss to Trump back in November. On Tuesday, an aide for the Clintons sent out a confirmation notice for their plans to attend. Former presidents George W. Bush and Jimmy Carter will also be present as Trump is sworn into office.

According to New York Magazine, Clinton debated with friends and allies for weeks about whether she ought to attend her rival’s inauguration. Sources said that Clinton decided to go in the end in order to pay respect to the democratic process.