Hillary Clinton Chose Which Emails to Delete by Hitting CTRL+F, Not Reading Them

Hillary Clinton Chose Which Emails to Delete by Hitting CTRL+F, Not Reading Them 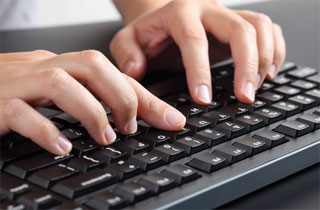 Despite the fact that Hillary Clinton released her personal emails sent during her tenure as Secretary of State, she’s making it rather hard to go through them. Not only did she print out all her email records on 55,000 sheets of paper, she deleted roughly 30,000 “personal emails”.

And according to Time, she didn’t have her lawyers review which emails would be deemed personal vs. work-related — in fact, if Time’s report is correct, they didn’t even read them. Instead, she did the thing that college students do when they have last-minute papers. They used a lot of CTRL+F:

For more than a year after she left office in 2013, she did not transfer work-related email from her private account to the State Department. She commissioned a review of the 62,320 messages in her account only after the department–spurred by the congressional investigation–asked her to do so. And this review did not involve opening and reading each email; instead, Clinton’s lawyers created a list of names and keywords related to her work and searched for those. Slightly more than half the total cache–31,830 emails–did not contain any of the search terms, according to Clinton’s staff, so they were deemed to be “private, personal records.”

There are many issues with this — notably, that one could actually discuss State issues without using those keywords in an email. (For instance: one could easily talk about, say, the death of Osama bin Laden by saying Hey, we made that bad guy’s head go boom.) As attorney Jason R. Baron, who once worked at the National Archives and Records Administration, explained to Time, simply using keywords to determine which emails were relevant, and which ones were about her boring yoga routine, leaves gaping holes open in Clinton’s records:

“I would question why lawyers for Secretary Clinton would use keyword searching, a method known to be fraught with limitations, to determine which of the emails with a non-.gov address pertained to government business. Any and all State Department activities–not just communications involving the keywords Benghazi or Libya–would potentially make an email a federal record. Given the high stakes involved, I would have imagined staff could have simply conducted a manual review of every document. Using keywords as a shortcut unfortunately leaves the process open to being second-guessed.”

In any case: we won’t have the emails for months, thanks to Hillary’s tree-killing initiative making it harder for the State Department to redact personal information from the emails. We’re going to sit here and wait for someone to make a Waiting for Godot joke, because it closely mirrors the plot of this entire scandal.