Hillary Clinton Jokes About ‘Ups and Downs,’ ‘Long Walks in the Woods’ Following The Election 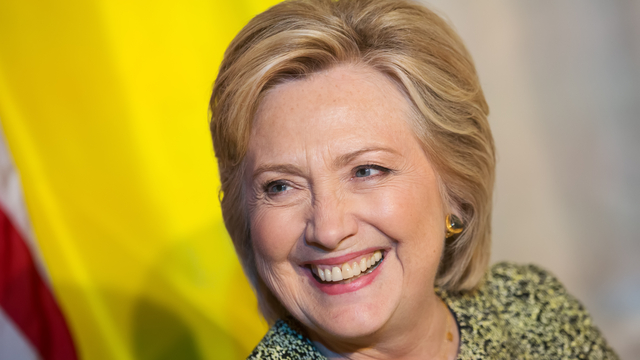 Former Presidential Candidate Hillary Clinton spoke at an event today for Girls, Inc. in New York City. According to The Hollywood Reporter, while accepting the Girls Inc.’s Champion for Girls award she received multiple standing ovations for her “rousing” speech on the future of women in politics, life after the election, and equality for women.

She got big laughs when referencing the “setback” that was her surprising election loss and talked about what she’s been doing since. “I’ve had my ups and my downs,” she began. “In the last months, I’ve done my share of sleeping, a little soul searching and reflecting, long walks in the woods. In those moments, I am thankful for my own village, my community of family and friends who have supported and encouraged me.” THR reporter Ashley Lee captured the moment and posted video to Twitter:

Clinton concluded her speech by saying, “We have to understand that despite setbacks and stumbles on our long march to full equality, everywhere I look, there are signs of hope.”

For a full recap, head over to the Hollywood Reporter.

[image via Drop of Light / Shutterstock]