Holy Trollers: Did the Church of England Tease Dawkins’ Views With Well-Wishing Tweet?
oh my god!

Holy Trollers: Did the Church of England Tease Dawkins’ Views With Well-Wishing Tweet? 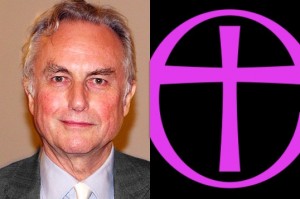 It’s no surprise that scientist and famously secular author of The God Delusion Richard Dawkins is no fan of organized religion. After all, Dawkins is attributed as saying, “Faith is the great cop out: the belief in spite of, even perhaps because of, the lack of evidence.”

Last week, it was reported that the open critic of religion suffered a minor stroke and was released from the hospital to recuperate from home. The 74-year-old was forced to cancel several planned appearances as a result of his condition.

Fans from around the world offered their support for Dawkins, and the Church of England took to Twitter to offer its support for the man who sees the world slightly differently than they do:

Prayers for Prof Dawkins and his family https://t.co/KxBBkBrECk

“I am against religion because it teaches us to be satisfied with not understanding the world,” once said Dawkins. Regardless, the Church of English seems intent on using its policy of prayer to genuinely offer a note of well-wishing for the controversial Dawkins.

Many people noticed the presumed holy shade thrown by the Church:

So what do you think? Was the Church of England tossing some Holy Trinity trolling at the expense of Dawkins’ rhetoric? The controversy over the Tweet was enough to force the Church to respond directly, saying simply, “The tweet was a prayer. Nothing controversial in that. In recent months a regular diet of prayer has been evident on the church’s twitter stream. From the events in Paris to the floods, prayers for the official marking of Her Majesty The Queen’s 90th Birthday. Since the beginning of the month daily prayers have been tweeted on the theme of exploring vocations to all kind of ministry in the Church.”