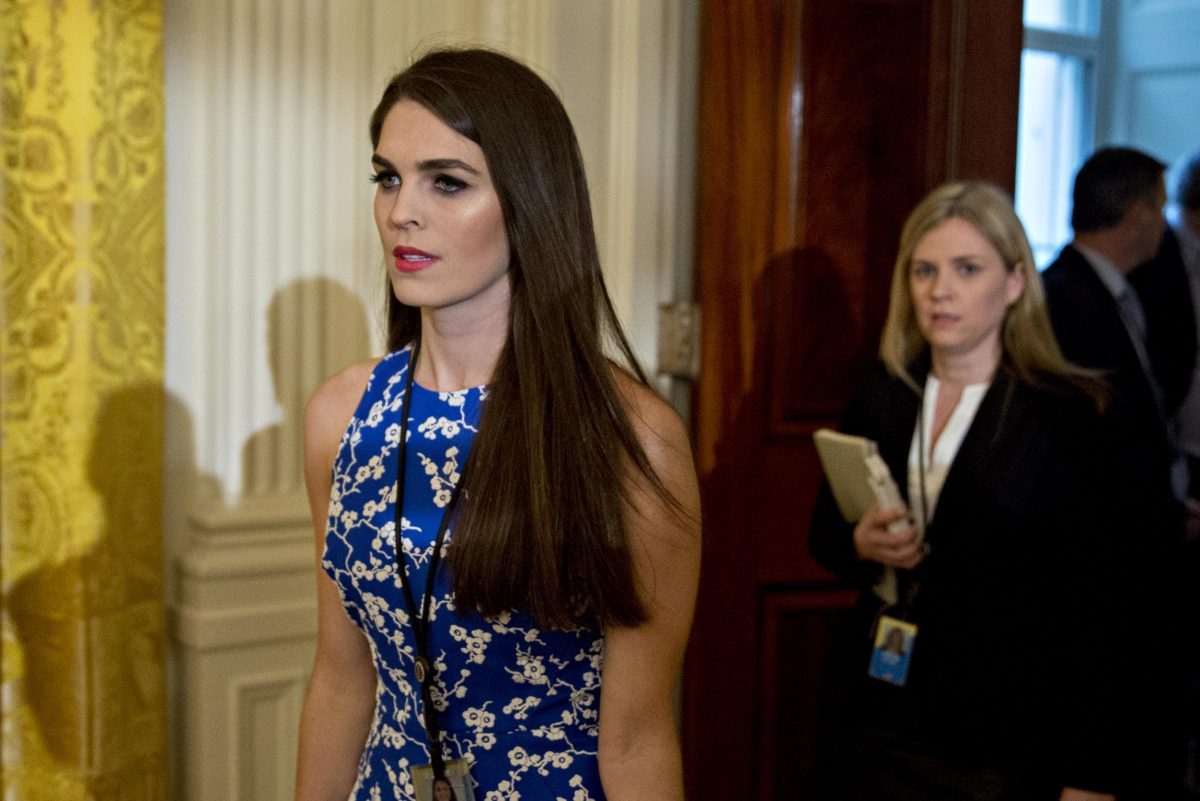 This news seems likely to elicit a chuckle or two in the Hillary Clinton camp.

Hope Hicks, who resigned her post last week as White House Communications Director, told the House Intelligence Committee that one of her email accounts was hacked.

According to NBC News, citing four sources, Hicks — under questioning from Rep. Jim Himes (D-CT) said that she no longer had access to two of her email accounts. One of the accounts was personal, the other was an account Hicks used as part of President Donald Trump‘s campaign.

John Roberts of Fox News reports (via Fox News Congressional reporter Chad Pergram) that the personal account was the one which was hacked.

Colleague John Roberts rpts Hope Hicks told Hse Intel Cmte last week that old email address was hacked. One she had since college. Not a Trump or WH address