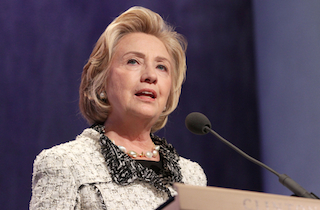 From the breaking-but-in-no-way-surprising file, the House Select Committee on Benghazi will subpoena Hillary Clinton‘s emails from her personal account. Clinton already turned in 300 emails, representing about 900 pages, to the committee, which led to the discovery of the email account last summer.

The account was made public by the New York Times Monday evening, and has raised questions about the security of the emails, whether they were properly archived with the State Department, and whether the personal account, used exclusively by Clinton while Secretary of State, was created to circumvent Freedom of Information Act requests.

It also has the potential to reenergize the House’s Benghazi investigation, as the existence of previously undisclosed emails gives the committee new material to pour over in their quest to either discover more about Clinton’s activities surrounding to attack or search for tidbits harmful to her 2016 bid, depending on your point of view.

“You do not need a law degree to understand how troubling this is,” committee head Trey Gowdy (R-SC) said Tuesday. “The records custodian should be at the State Department, not at her private law firm. It should be a State Department employee who transcends administrations who comes before Congress to swear… that you have everything.”

Meanwhile the Associated Press reported Wednesday that Clinton used a personal server to host the emails, giving her unprecedented control over email access. The State Department said Clinton had already turned over 40,000 pages of emails, though it was unknown if that was the extent of the archives.