House Republicans Cave One Day After Calling for Rosenstein Impeachment 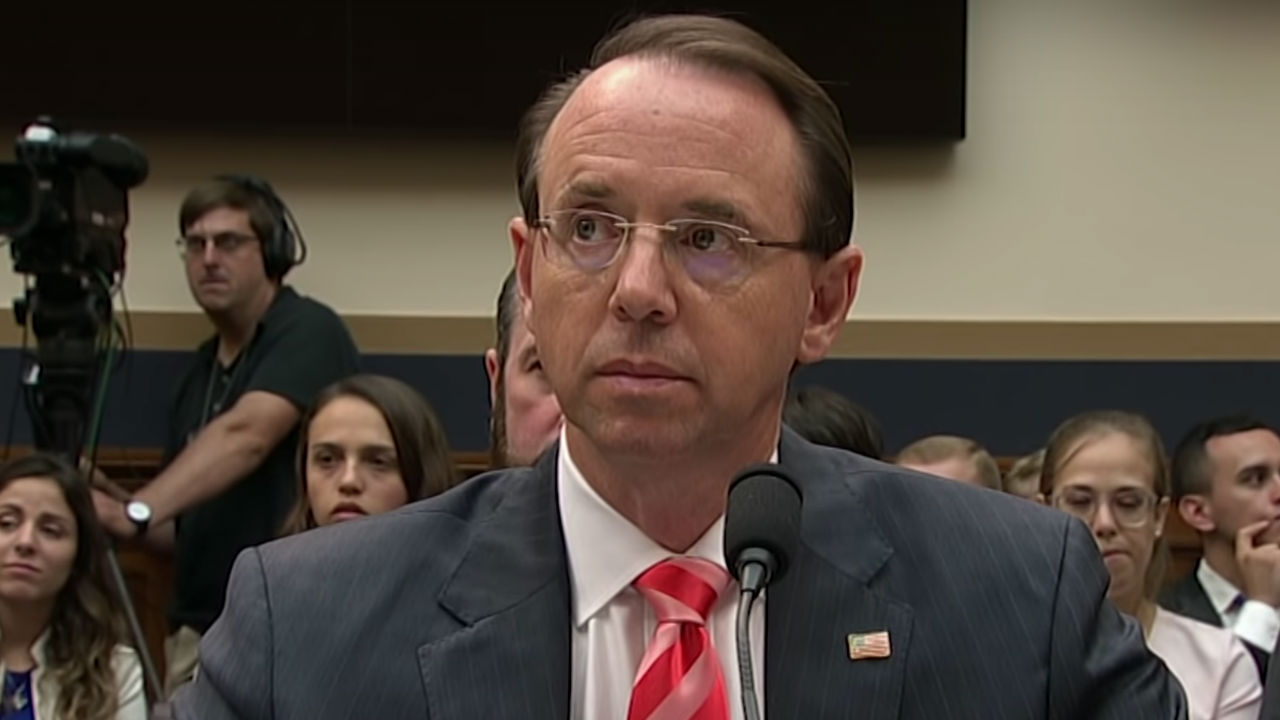 It would seem Congressional Republicans are already retreating from the idea of impeaching Deputy Attorney General Rod Rosenstein.

Congressman Mark Meadows (R-NC) held several meetings with Republican leaders on Thursday, after which, he appeared to dial back the House Freedom Caucus’ impeachment effort. Meadows told reporters that even though impeachment and a forced House vote are still options on the table, he will focus on charging Rosenstein with contempt of congress if the Justice Department continues to resist document requests from the House Judiciary and Oversight Committees.

Meadows said Rosenstein has until the end of the congressional August recess to comply with these transparency demands.

“I think it is our desire to have more of a contempt process, which obviously has to have a partner with the Speaker and I think hopefully they will at least acknowledge we’ve made some reasonable concessions to give DOJ and FBI,” Meadows said, according to The Hill. “I hope we can avoid impeachment and hopefully avoid contempt and get the documents, but certainly both those things are on the table and remain on the table to have more of a contempt process.”