How Much CNN Coverage Has Gone to the Reported Trump-Ailes Team Up Compared to Fox?
video

How Much CNN Coverage Has Gone to the Reported Trump-Ailes Team Up Compared to Fox? 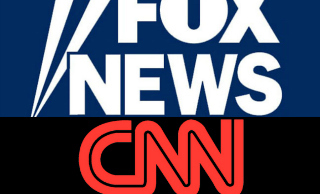 The reports suggesting that Roger Ailes will help Donald Trump prepare for his upcoming debates have captured the attention of news outlets everywhere…Well, almost everywhere.

It has been about six weeks since sexual harassment allegations about Roger Ailes first surfaced, and now sources have told The New York Times that Ailes and Trump have been in contact with each other and might be working together. Even though the Trump campaign denies the report, the story has continued to reverberate throughout the TV and online news cycle.

Mediaite has looked for mention of the Ailes development on Fox, but so far, the network has not made one  mention of the story about its former CEO. This would seem to add to a recent trend at Fox where they have conspicuously lacked intensive coverage about the headlines Ailes has made in recent weeks.

While MSNBC continues to devote the bulk of their midday coverage to the Rio Olympics, Steve Kornacki spoke about the Ailes report for approximately one minute today on MSNBC Live. CNN has addressed the report at multiple points today, with at least five different discussions on how the reported development might impact the Trump campaign.

Brianna Keiler and Dylan Byers first addressed the story at 1:00 p.m. ET., when they discussed how Ailes would be an asset to the Trump campaign because of his political savviness and his lasting influence as a media giant. This talk was followed by other panels and discussions with similar topics, and in total, the topic has been CNN’s main focus for approximately 21 minutes as of this writing.

Fox News hasn’t covered Roger Ailes advising Trump yet on air, though CNN all over it: pic.twitter.com/g0RJpKiT4j