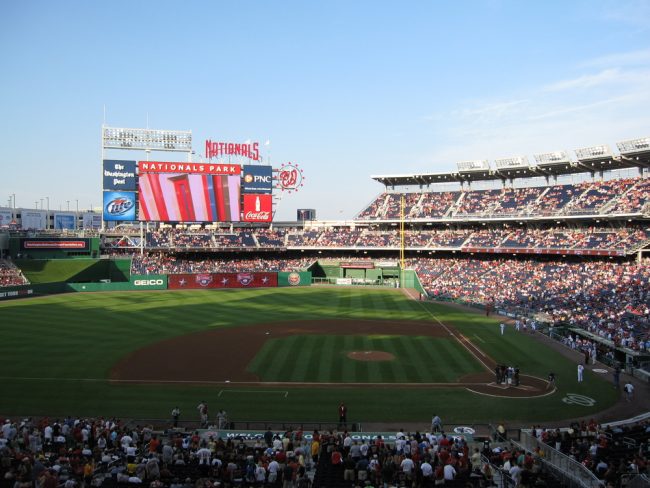 For the second straight night, baseball gives us its greatest October gift — a postseason elimination game. Wednesday night, the New York Yankees completed their 2-0 comeback and took Game 5 over the Cleveland Indians to advance to the American League Championship Series. Thursday night, two elite National League squads will look to punch their ticket into the senior circuit’s championship round.

It’s Game 5 between the Chicago Cubs and the Washington Nationals, live from Nationals Park in Washington.

The Cubs are somewhat fortunate to even be alive at this point, given that their bats just haven’t gotten the job done. They haven’t topped 3 runs in any of the first four games of the series. A fifth mediocre offensive effort is likely to end the Cubs’ title defense.

Washington got a superb start from Stephen Strasburg in Game 4 at Wrigley to get back home for the do-or-die Thursday night showdown. Now, they get an opportunity to finally get over the hump in the Division Series round, which they’ve failed to do in recent years.

Kyle Hendricks takes the ball for Chicago in Thursday’s decisive Game 5, while Gio Gonzalez gets the start for the Nationals.

First pitch is 8:08 p.m. ET. Ernie Johnson and Ron Darling have the call. The game will air live on TBS. The network will stream the game free for cable subscribers on the Watch TBS app, which can be downloaded via the iTunes store, and the Google Play store.