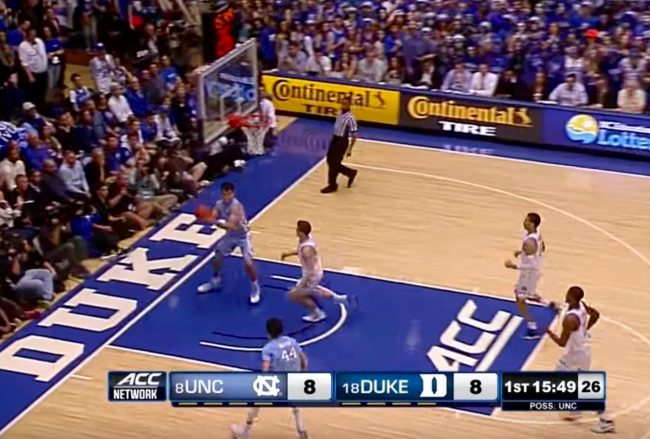 The ACC Tournament concludes on Saturday night in Brooklyn with a dandy of a championship match-up: Duke vs. Notre Dame.

The Blue Devils have clearly awoken from their midseason doldrums and are peaking at the right time. Friday night’s win over North Carolina will surely impress the selection committee. A win over the Irish should put Duke in the mix for a No. 2 seed.

Notre Dame took care of Florida State last night in the other semifinal. And Mike Brey‘s Fighting Irish are now on the brink of what would be an impressive conference championship victory in the loaded ACC. The Irish, who appeared destined for the bubble not too long ago, could very easily play their way up to the three line with one more victory.

Tip-off is scheduled for shortly after 9:00 p.m. ET. ESPN has the coverage. The game will also be streamed online, via WatchESPN, free with a cable subscription. The Watch ESPN app can be downloaded from the iTunes, the Google Play store, and the Windows store.