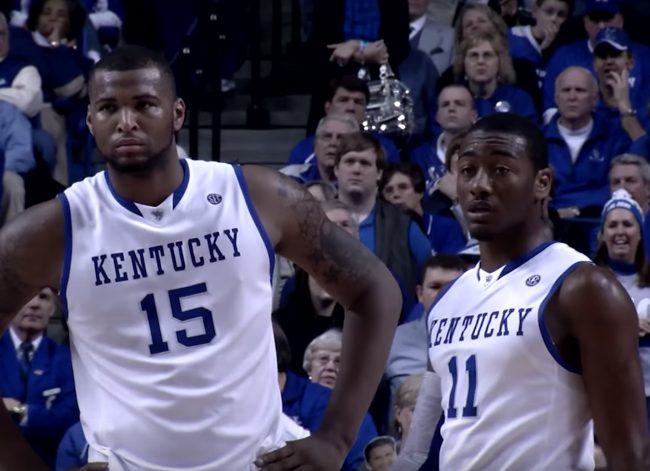 The SEC wraps up its conference tournament on Sunday at the Bridgestone Arena in Nashville with a showdown between perennial conference power Kentucky and longtime conference rival Arkansas.

The Wildcats, by their incredibly high standards, have not had an incredible year. But how could they possibly be expected to earn a top seed in the big dance every year? It’s looking like they’ll be a No. 2 seed in the 2017 Tournament, and that will have to do for coach John Calipari‘s bunch. Still, they appear to be a major threat to go all the way. An SEC title would give them a good momentum boost going into their first round game on Thursday or Friday.

In what has been a down year for the SEC, Arkansas is one of the best teams in the conference. And yet they were widely thought to be on the bubble until recently. But they’re peaking at the right time, having won eight of their last nine. A victory over the Wildcats Sunday could propel them to a No. 5 or No. 6 seed, making a Sweet 16 run a distinct possibility.

Tip-off is scheduled for shortly after 1:00 p.m. ET. ESPN has the coverage. The game will also be streamed online, via WatchESPN, free with a cable subscription. The Watch ESPN app can be downloaded from the iTunes, the Google Play store, and the Windows store.