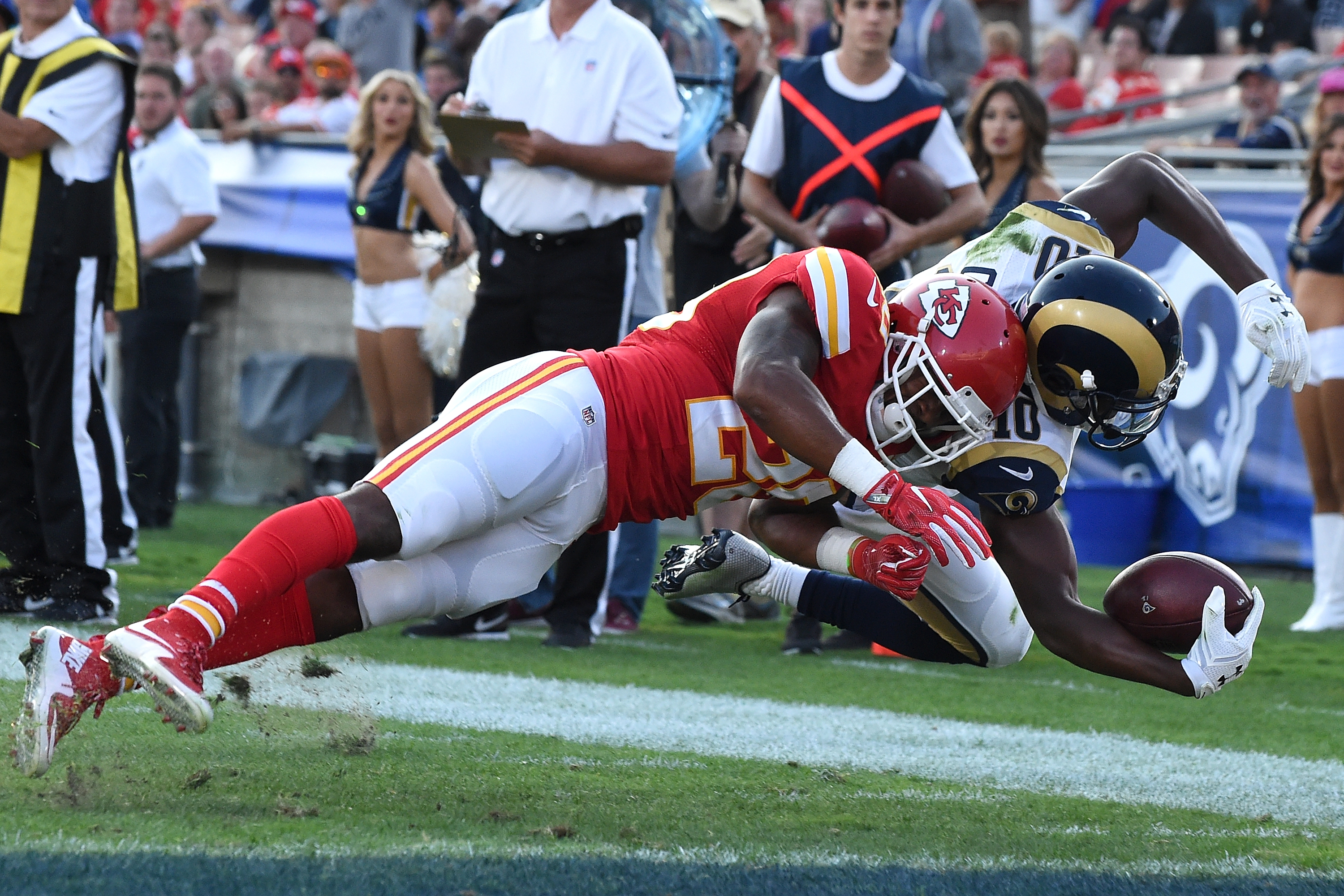 ESPN has caught a bit of bad luck with its Monday Night Football schedule this season. (One need look no further than last week’s dreadful matchup between the New York Giants and San Francisco 49ers for proof.) But this week, the network has, arguably, the game of the year in the NFL to date. It’s the Kansas City Chiefs vs. the Los Angeles Rams in a showdown of two of the sport’s best teams.

Both teams enter with 9-1 records. Both teams boast high-powered offenses with exciting young quarterbacks. And both teams figure to have a very good chance of being the No. 1 seed in their respective conferences.

The Chiefs are led by second-year signal caller Patrick Mahomes — who has been nothing short of a revelation. His stats are eye-popping. In just 10 games, he’s thrown for 3,150 yards, with a remarkable 31 touchdown passes and only seven interceptions. The Kansas City offense, under his stewardship, has been a machine.

So too has the offensive unit for the Rams — led by Jared Goff. The numbers for the Rams quarterback pale only slightly in comparison to his Kansas City counterpart. Goff has thrown for 3,134 yards, with only 22 touchdowns and six interceptions.

The offenses are certain to light up the scoreboard. The question is: Which defense will hold up? For all of the ink garnered by the offenses, this game may well be decided by the defenses.