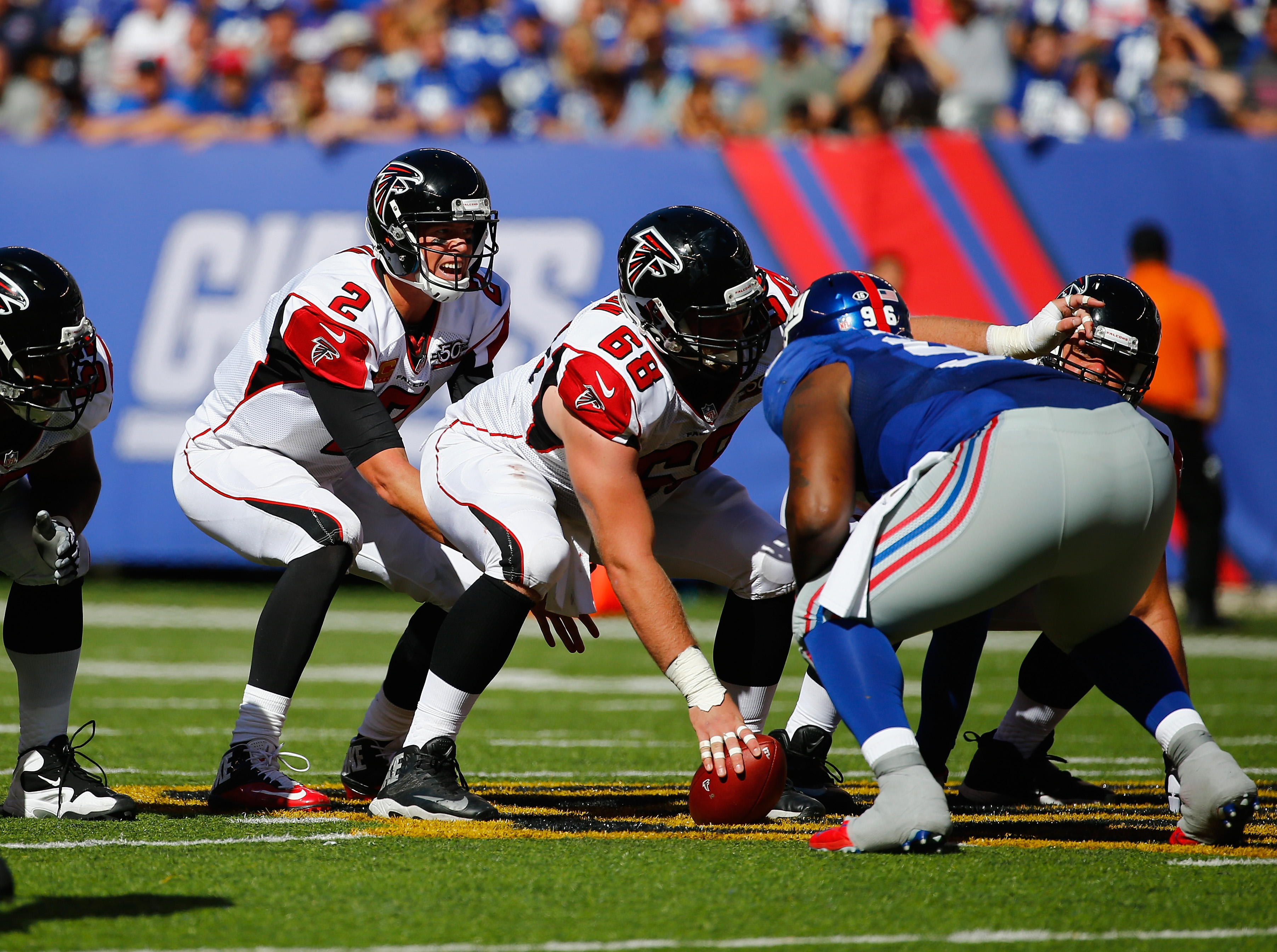 Week 7 of the NFL season finishes up Monday night with a matchup between two NFC squads which entered the season with high expectations and are now clinging to life. It’s the New York Giants and the Atlanta Falcons — live from Mercedes-Benz Stadium in Atlanta.

Indeed, both of these clubs are in turmoil. The Giants have gone 1-5 against a brutally difficult early schedule. Their defense has been mediocre. But their offense, despite boasting two immense talents in rookie running back Saquan Barkley and wide receiver Odell Beckham Jr., has sputtered. Big Blue’s offensive line has been exposed, and calls from critics are getting louder for the team to dump two-time Super Bowl-winning quarterback Eli Manning. Amazingly, despite the team’s wretched start, the Giants are still clinging to hope in the NFC East race thanks to the uneven starts of their rivals. The Redskins lead the division at 4-2, with the Cowboys and Eagles stuck at 3-4. A Giants win Monday would put them at 2-5, with winnable games against Washington, San Francisco, and Tampa Bay immediately to follow.

The Falcons are not as fortunate in the NFC South — with the Saints out to a 5-1 start. The team which unfathomably blew a 28-3 lead in the Super Bowl is now, just 20 months later, facing questions about whether it’s time to rebuild. Quarterback Matt Ryan is not coming under as much scrutiny as Eli Manning, but many others on the team — particularly on defense — could be jettisoned.