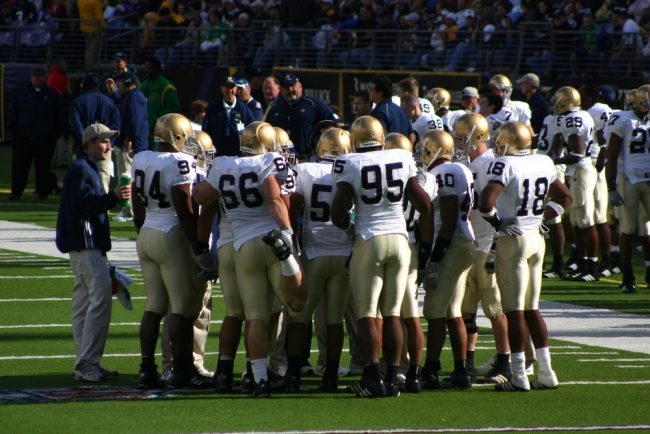 One of college football’s great non-conference rivalries is renewed Saturday night in South Florida. It’s No. 3 Notre Dame vs. No. 7 Miami, in what is, without question, their most-anticipated meeting in many years.

The Fighting Irish have been lighting up the scoreboard throughout the season to the tune of nearly six touchdowns per game (41.3 points, to be precise). And despite their 20-19 setback against Georgia, Notre Dame is in the thick of the playoff hunt with some impressive blowout victories against USC, Michigan State, and N.C. State, to name a few. A win over the Hurricanes Saturday night might just punch their ticket.

The U, meanwhile, is back under second-year coach Mark Richt. Miami is undefeated and poised to make a run in the ACC. The Hurricanes had been squeaking by against conference opponents. That is, until last week — when they throttled Virginia Tech 28-10. Now, Miami fans are beginning to dream the dream. This could be a special season.