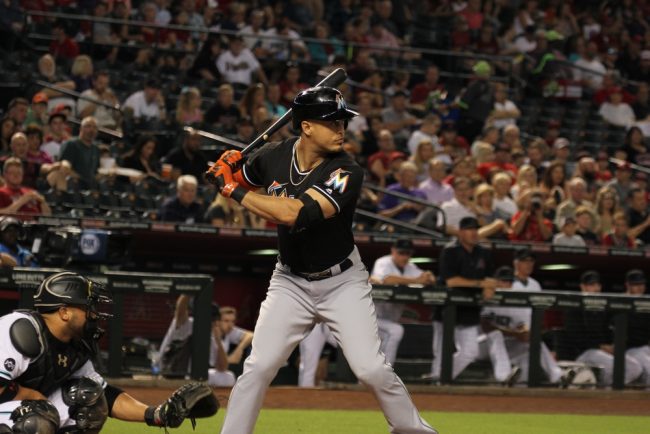 We’ve hit the unofficial halfway point of the baseball season, and it’s time for the boys of summer to showcase their skills during the All-Star festivities — which begin in earnest Monday night with the annual Home Run Derby.

This year’s events are being held at Marlins Park, home of the Miami Marlins. As such, that team’s prolific slugger Giancarlo Stanton (pictured above) figures to be the star of the show. Stanton is on fire right now with the long ball, having belted five dingers in the past seven days, to give him 26 overall at the break.

But even that superb total falls short of the prolific 30 homers put up by New York Yankees rookie phenom Aaron Judge. The Yankee outfielder is the second seed in the competition. He’ll take on another hometown hero, Marlins first baseman Justin Bour.

Coverage begins at 8:00 p.m. ET. ESPN will air it live in all time zones. It will also be streamed online, via WatchESPN, free with a cable subscription. The Watch ESPN app can be downloaded from the iTunes store and the Google Play store.