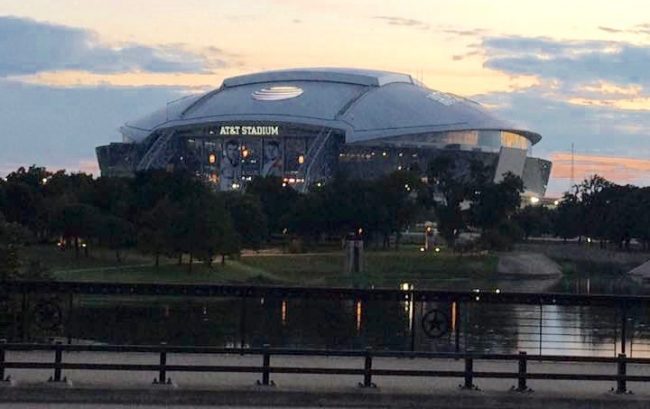 The first NFL Sunday of the year concludes with a game that has become something of a season-opening tradition — an NFC East showdown between the Dallas Cowboys and the New York Giants at AT&T Stadium in Arlington, TX.

It is the third straight season that the Giants will open on the road against Dallas. The Giants took last year’s match-up 20-19 in what was quarterback Dak Prescott‘s first NFL start. The ‘Boys, of course, went on to dominate the 2017 regular season, reeling off 11 straight wins. But then, the Giants beat them again in Week 14.

Ezekiel Elliott will be in the backfield for the Cowboys. His six-game suspension for domestic assault is not yet in effect. His presence should help bolster the Cowboys attack — which was one of the most potent in the league a year ago.

They’ll need to be on point Sunday night to beat a Giants defense which stymied them twice in 2016. The Giants defense has a chance to be the best in football this season. The superb front four includes Jason Pierre-Paul and Olivier Vernon on the ends and prolific run-stopper Damon Harrison in the middle. And the secondary could be one of the league’s best in recent memory — with three elite corners in Janoris Jenkins, Eli Apple, and Dominique Rodgers-Cromartie, and all-world safety Landon Collins. If the Giants offensive line performs even somewhat ably, they should be a Super Bowl contender.