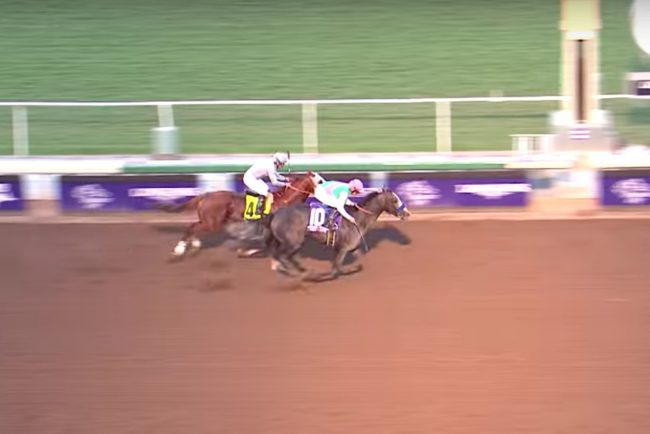 The richest Thoroughbred horse race ever run takes place on Saturday at Gulfstream Park in Florida. Twelve runners are set to line up in the gate for the inaugural running of the $12 million Pegasus World Cup.

The race features a bit of a unique concept. Twelve owners put up $1 million each to secure a spot in the field. On top of the purse from the race, the twelve will divide the profits from the event equally.

This year, it looks to be a two horse affair. Breeders’ Cup Classic winner Arrogate returns for a battle with Classic runner-up and 2014 Kentucky Derby winner California Chrome. The two had a terrific stretch duel back in November at Santa Anita, with Arrogate drawing away late to win by one half length.

Arrogate got the better of the post position draw. He’ll break from the rail, with Mike Smith aboard. California Chrome, in his final career race, will break from post No. 12 under Victor Espinoza.

Coverage begins at 4:30 p.m ET on NBC. The race will be streamed live on NBCSports.com, as well as on the NBC Sports mobile app.