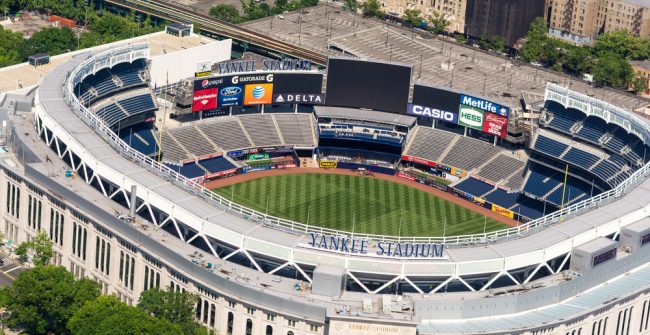 On Monday, the Yankees got back in the series with a dominant 8-1 victory. C.C. Sabathia, who has had a fantastic postseason thus far, was superb once again — tossing six innings of scoreless baseball to get the win. The Yankee bats also got going, with rookie phenom Aaron Judge who went yard en route to an 8-1 victory.

Houston has only managed to score a total of five runs in the first three games of the ALCS. But it’s enough for them to hold a two games to one lead. Conventional wisdom, though, says their lead simply will not hold if they can’t muster some offense.

Sonny Gray gets the nod for the Yankees in Game 4. Lance McCullers Jr. takes the mound for Houston.

First pitch is at 5:08 p.m. ET. The game will air on Fox Sports 1. Joe Buck and John Smoltz have the call. The action can be streamed free with a cable subscription on pc, cell phone, or tablet via Fox Sports Go — which can be downloaded via the iTunes store, and the Google Play store.