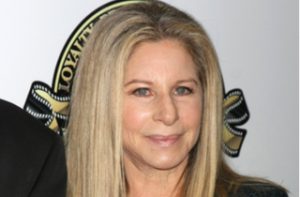 Barbra Streisand wrote an essay for the Huffington Post that was published yesterday, and though her feelings were already clear, just before the inauguration of Donald Trump, she’s holding nothing back. “I am deeply concerned for our country and the world,” she says. “He has demonstrated he is both dangerous and unfit for office. Does he understand the magnitude of the job? Did he just run for president to get even with President Obama who once made jokes about him at a White House Correspondents’ Dinner?”

Streisand went on to say that “This isn’t simply a matter of Republican versus Democratic. This is a man who, on record and often on video, disparaged or outright ridiculed women, immigrants, the disabled and others.” She continued, saying she has worked with and respected people she’s disagreed with, but she “cannot, however, respect a racist, xenophobic sexist who puts us all at risk with his behavior.”

She mentioned his bankruptcies and the fact that he won’t release his tax returns, Russian hacking, and the fact that he’s constantly finding time to tweet about things like Saturday Night Live “while preparing to become the president of the United States.” She talked about his role in the birther movement and his constant attacks on Hillary Clinton for being “crooked,” “corrupt,” and “lying” when those are “his own characteristics.”

The essay ends with Streisand imploring “the rest of us” to Protest. Speak up. Help others.”

For the full essay, head to the Huffington Post.