‘I Will Be Leaving My Great Business’: Trump Plans to Leave Company While He Focuses on New Job

‘I Will Be Leaving My Great Business’: Trump Plans to Leave Company While He Focuses on New Job 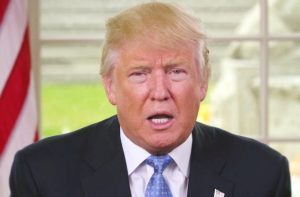 President-elect Donald Trump woke up this morning in Trump Tower and opened the Twitter app on his Android to announce that he plans to leave his company while he focuses on “running the country.”

great business in total in order to fully focus on running the country in order to MAKE AMERICA GREAT AGAIN! While I am not mandated to ….

do this under the law, I feel it is visually important, as President, to in no way have a conflict of interest with my various businesses..

Hence, legal documents are being crafted which take me completely out of business operations. The Presidency is a far more important task!

The President-elect notes that he will hold a news conference alongside his children next month, who many people have long argued should tend to the family business while the patriarch serves in his role of Commander of Chief. Although it seems as if Trump plans to remove himself from a day-to-day operational role, he announced nothing regarding his financial stake in the empire.

Trump has previously cited a possible “blind trust” scenario in order to alleviate any concerns over conflict of interest. His approaches to the topic have unsurprisingly varied, but he has long said that his oldest children — Ivanka, Don Jr., and Eric — would oversee the Trump brand. The exact plans will be presumably more clearly communicated at his “major news conference” on December 15th.

Ivanka Trump has previously said of any such arrangement, “we’ll act incredibly responsibly.”