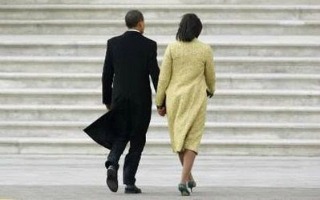 With just weeks left before Americans head to the polls, President Barack Obama maintains a better than even chance to retain the presidency. Since the first presidential debate, however, Mitt Romney has surged in the polls. Pundits have gone from considering Obama a prohibitive favorite, to a narrow favorite, to one of only a handful of presidents who won the Electoral College while losing the popular vote in the space of two weeks. That is momentum and it is disheartening for Democrats who, not one month ago, were already eulogizing Romney’s presidential bid. If Obama loses on November 6, a big “if” but a real possibility nevertheless, Democrats will be tempted to blame anything but themselves. In the past two years, many progressive commentators have invented a convenient straw man in the subconscious, unacknowledged racial antipathy of the electorate. If Democrats draw from this well to salve their wounded egos in the wake of a defeat, it would do untold damage to America’s political cohesion. That blame-shifting, however, may prove more attractive for Democrats than the threat posed to national comity that would result from inventing racism in a majority of the electorate.

While there are many unknowns and hypotheticals between now and Election Day, it is certain that both parties will do their best to avoid introspection as they seek to explain what happened in the wake of a defeat. Republicans are not immune to the phenomenon of blame-shifting. When the party suffered a historic rebuke in the 2006 midterm elections, handing the Democratic party control of both chambers of Congress for the first time in 14 years, the party’s influential voices blamed nearly everything for their loss than the actions of their elected representatives.

The party’s loss prompted some conservative commentators to blame anything and anyone but themselves. Republican excuses were myriad; the adventure in Iraq having gone decidedly pear-shaped since 2004, voters were simply war-weary. The electorate was fed up with President George W. Bush and his party’s response to the disaster in New Orleans. While he was not at fault, per se, and the electorate needed to slap someone’s wrists. Maybe, it was simply a failure of GOTV on the precinct-level and the party had just failed to financially buttress their grassroots against the rapidly approaching Democratic wave.

The late Chicago Sun-Times columnist Robert Novak noted the blame-shifting phenomenon in a post-election column. “Republican leaders are still in denial in the wake of their crushing defeat,” Novak wrote. “They blame individual losing candidates for failing to prepare themselves for the election.” He concluded that it was the party’s straying from their most basic principles and abdicating the responsibility to deliver on promises made in 2002 and 2004 that resulted in their defeat. Novak was, as ever, correct.

In 2008, facing another wave augmented by Barack Obama’s unique and historic candidacy and having failed to internalize the lessons of 2006, Republicans had neither the time nor the wherewithal to compete with Democrats on the ground. Republicans faced more than just a monetary deficit in 2008 – they faced a trust deficit. The electorate no longer bought what the party was selling.

As the election of 2012 approaches, Democrats face a mirror image of the conditions Republicans contended with four years ago. The Democratic party suffered a historic electoral defeat in 2010 as voters headed to the polls to deliver the clearest political yield sign in several generations. The party lost its way after the election of 2008 – the president outsourced the job of the executive to his party’s Congressional leaders. Democrats in Congress passed transformational legislation which fundamentally altered the social contract (indeed, contrary to the Democratic fantasy that Republican obstruction in Congress blunted the president’s major legislative initiatives, the 111th Congress was among the most active in modern history). American voters may have been less turned off by the Democratic party’s goals if their leaders had bothered to compromise with the minority party and create a consensus. They did not, as was demonstrated in the near-party line votes which passed major spending bills like the Patient Protection and Affordable Care Act and the American Recovery and Reinvestment Act.

But the Democratic party did all they could, in the years between November 2010 and today, to avoid confronting the painful truth of 2010 – voters lost trust in the Democratic party. The polls at the time were clear; the electorate had not fallen back in love with Republicans, they simply lost faith in Democrats. The party of Kennedy and Clinton, like 2006-era Republicans, sought to redirect responsibility to exogenous factors. They blamed President Obama for failing to communicate his desired objectives to voters, the lack of progressivity in the major legislation that was passed from 2009 – 2011, and, of course, latent racial antipathy in the electorate towards the nation’s first black president.

Many in the liberal grassroots are more disposed to indulging in this theory than progressive opinion leaders, but the theory that latent racism motivates much of the opposition to the president and his initiatives remains pervasive. They find evidence of this base instinct lurking in the hearts of Republican voters in their elected legislators in their support for policies like voter identification laws. Liberals tell themselves that these laws are aimed at keeping minority voters from casting their ballots for Democrats. In spite of the fact that many of these laws have been on the books for years in less competitive states and courts in battlegrounds like Pennsylvania have halted the implementation of some of these initiatives, these laws will provide a convenient scapegoat for progressives to avoid any introspection in wake of Obama’s defeat.

Democrats are likely, at least initially, to indulge in any excuse for their loss beyond the simplest one – the party lost its way. Democratic legislators exhausted their mandate in 2006/2008 by rewarding party loyalists, directing government largess towards the party’s constituent client groups and watering down progressive dreams – like universal health care – with wasteful expansion of government. Rather than the true achievement of the dream of progressive giants like Robert La Follette, Al Smith and Franklin Roosevelt, the party’s leaders sought to satisfy constituency leaders like Richard Trumka and Andy Stern.

If Democrats try to shift blame after a disastrous November, a racist electorate will prove as attractive as it is insidious. Democrats and progressives in the media could do irreparable damage to the fragile state of American racial comity by spreading the notion that Republican voters and legislators had hate in their hearts when they helped elect Mitt Romney to the presidency. It will kneecap the legitimacy of the presidency itself and it will further alienate minorities from the American political process.

It remains unlikely that President Barack Obama will lose the election in November, but the trend of support towards Romney in the past two weeks has been profound and unmistakable. Racial progress in America over the course of one generation is often underappreciated. Baby Boomers vividly recall a period when real racism was enshrined in American institutions and racially motivated violence on a scale unseen in decades was common. Their generation did more to advance racial equality than any since the Civil War. It would be a true tragedy if their labor is undone in the wake of one national election.

If Obama loses, Democrats would do well to look in the mirror rather than lash out at the public. The future of the American experiment as an ethnically heterogeneous republican democracy may be at stake.