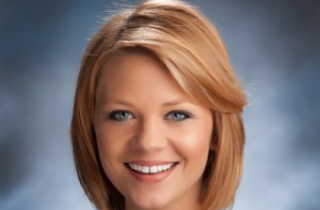 WAAY-TV reporter Shea Allen posted a controversial “confessions” blog last week, caught some heat for it, and ultimately decided to leave it up in honor of the right to free expression.

1. I’ve gone bra-less during a live broadcast and no one was the wiser.

2. My best sources are the ones who secretly have a crush on me.

3. I am better live when I have no script and no idea what I’m talking about.

4. I’ve mastered the ability to contort my body into a position that makes me appear much skinner [sic] in front of the camera than I actually am.

6. I’m frightened of old people and I refuse to do stories involving them or the places they reside.

9. If you ramble and I deem you unnecessary for my story, I’ll stop recording but let you think otherwise.

Some of the above admissions may have initially struck her fan-base/employer as too revealing, and so she reportedly pulled the post for a short time.

But after some thought, Allen later wrote, she decided to keep the post up, re-titling it: “No Apologies: Confessions of a red headed reporter.” All 10 points remain, but she added a preface:

This post was taken down because I was momentarily misguided about who I am and what I stand for. To clarify, I make no apologies for the following re-post. It’s funny, satirical and will likely offend some of the more conservative folks. But it isn’t fake and its a genuine look into my slightly twisted psyche.

Here’s the thing, I’ve vowed to always fight for the right of free expression. It’s allowed, no matter what the profession. I pride myself in having earned the respect of many because I make no apologies for the truth and hold nothing back. I don’t fight for things because they serve me, I fight for them because they are right. Sources trust me because I am an unadulterated version of the truth. I won’t ever bend just because its popular to do so and I’m not bending now.

As anyone who has worked in the broadcast news business will tell you, many of Allen’s confessions are actually quite common:

Number 2 reflects the unavoidable issue of getting better information from those who want something from you; Numbers 4 and 5 demonstrate the intense pressures female broadcasters feel in maintaining a youthful look; Number 7 makes sense, given the general consensus that happy stories rarely rate as well as dark ones; and Number 9 is absolutely true, and more man-on-the-street subjects should read this before rambling endlessly into the camera next time.

But kudos to Shea Allen for saying what was on her mind. Candor is a lacking trait among many aspiring TV journalists.

UPDATE: Allen updates me, via Twitter, that she was “terminated without cause” for her confessional post. Unsure why exactly her post warranted unemployment, but we will wait to see if WAAY-TV has any comment.

UPDATE II: WAAY-TV responded with a swift, stern “no comment” on matters relating to employees.