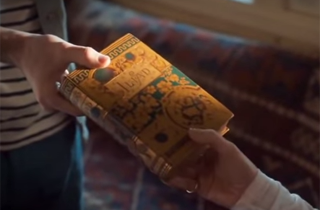 It’s made worse by the fact that according to Wikipedia, the only site with an in-depth summary of The Boy Next Door, Lopez portrays a high school literature teacher who meets her stalker in her English class, after he expresses interest in the The Iliad. The boy — who, spoiler alert, turns into her stalker — attempts to woo Lopez with a book that he picked up at a garage sale. If you ever took seventh grade English, you are likely aware you cannot find a first edition copy of the Iliad, except perhaps in the gardens of the Greek dream-god Morpheus, where Homer lives in eternity (or something).

Upon hearing this story, Mediaite editor/angry lit major Evan McMurry went on a tirade about how it is impossible for an epic poem, initially composed in 800 BC centuries before the invention on the printing press, and passed down via an oral tradition, to have a printed first edition. After considering the possibility that practically any other book could have been used in the movie (except maybe for the Bible), McMurry conceded one point: “To be fair, The Iliad is pretty much the first story about a guy stalking a girl.”

Watch literature get totally disrespected below: