This morning, CNN’s Jake Tapper made it pretty clear that he could not care less about the validity of reports that the GOP has called on right-leaning outlets to trash him. Now, he’s taking it a step further by helping them uncover “dirt” with the hashtag #TapperDirtFile.

Has watched every Final Destination movie. Yes, all five of them. #TapperDirtFile

Long suffering Philly sports fan. Wished that @gehrig38 had been on mound instead of Mitch Williams. Santa had it coming #TapperDirtFile

Cut a school assembly in May 1983 to see Return of the Jedi on its first day. #TapperDirtFile #JubJub pic.twitter.com/sbuXAzQBve

In high school bought and repeatedly listened to Bruce Willis’ album “The Return of Bruno.” #TapperDirtFile

I once witnessed @jaketapper double dip his tortilla chip in the salsa bowl. #TapperDirtFile

Has anybody ever seen his mattress tags?
#TapperDirtFile

Has posters of Carson Wentz with hearts drawn on them. #TapperDirtFile https://t.co/HTYLJt8DW8

Yells “We’ll have to leave it there!” every time he finishes a workout. #TapperDirtFile

Smiles warmly at children on the street.
#TapperDirtFile

I saw @jaketapper dump his fast food garbage ENTIRELY in the garbage bin, when he COULD have sorted SOME into recyclables! #tapperdirtfile

Jake Tapper once walked into a Starbucks and ordered a “Large Coffee”. #TapperDirtFile

Jake Tapper invited people to a Super Bowl party, only to show them C SPAN videos on VHS #TapperDirtFile

He says he’s seen “Star Wars’ more times than he can count, but it’s only been like 17 times, which he can clearly count. #TapperDirtFile

Of course, with audience participation came the need for some clarifications and denials: 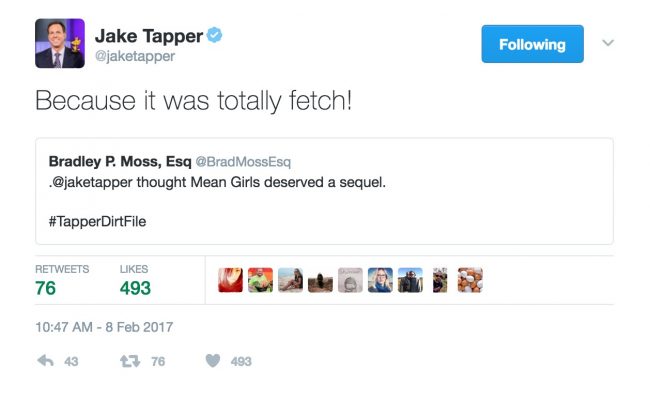 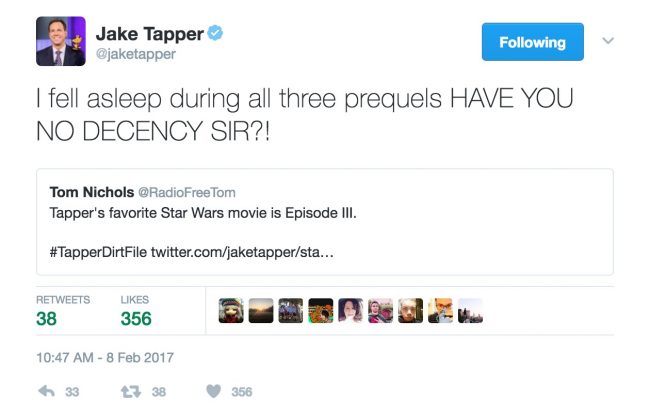 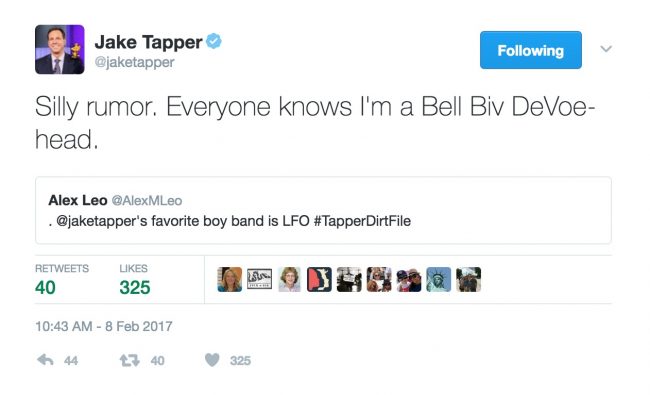 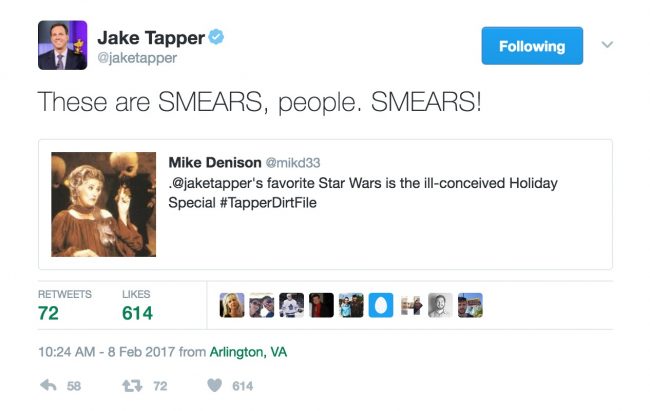 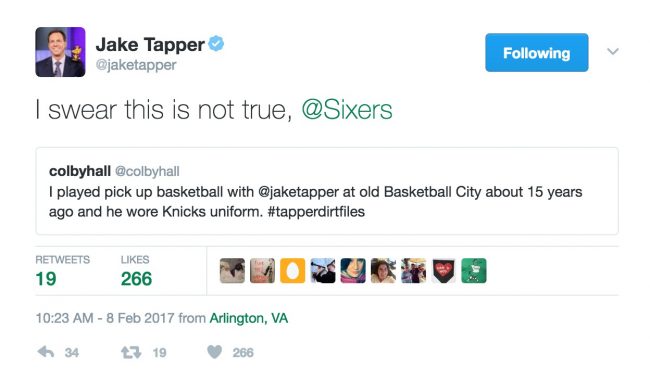 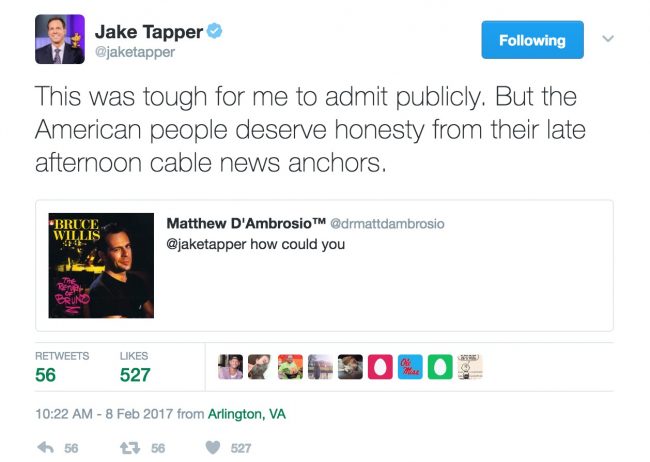 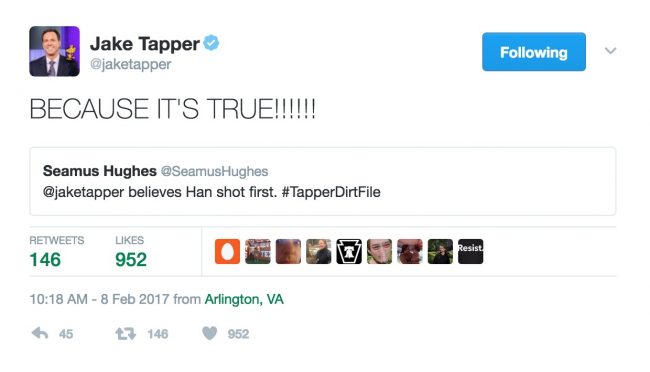 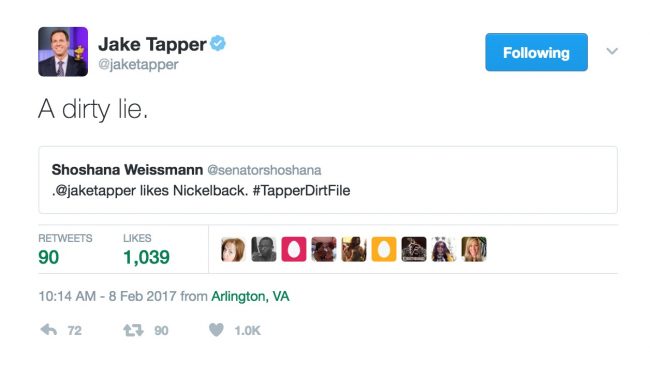 It’s tough to find figures in politics and media who are willing to use their Twitter accounts to joke about themselves these days. Let’s all enjoy #TapperDirtFile.