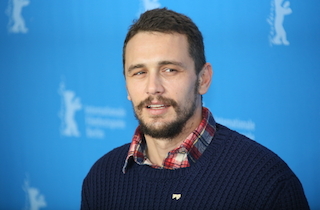 McDonald’s sales have declined, and its recent promotions, from forcing people to dance for their food to a new and questionable Hamburglar, have invited more mockery than business. But all Franco remembers is that McDonald’s would give him a job when he was a struggling actor in Los Angeles.

This job lasted but three months, and he seems to have spent most of those ninety days working on accents with different customers. (The true victim of the piece is that young lady who went on several dates thinking he was from Bedstuy.) He made some class observations — “Some customers seem to think that paying for food entitles them to boss the service workers around, but if you’re buying fast food, how much entitlement does that buy you?” — and observed a homeless family that would scrounge change for dinner, though if these experiences had any effect on him it’s not indicated in the piece.

In the end, Franco got a role on a Super Bowl commercial and got the hell out of there. Moral of the story:

I was treated fairly well at McDonald’s. If anything, they cut me slack. And, just like their food, the job was more available there than anywhere else. When I was hungry for work, they fed the need. I still love the simplicity of the McDonald’s hamburger and its salty fries. After reading “Fast Food Nation,” it’s hard for me to trust the grade of the meat. But maybe once a year, while on a road trip or out in the middle of nowhere for a movie, I’ll stop by a McDonald’s and get a simple cheeseburger: light, and airy, and satisfying.