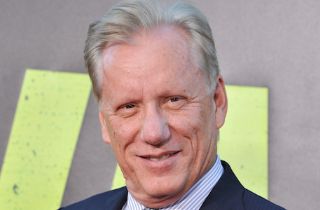 Actor James Woods has filed a $10 million defamation lawsuit against a Twitter user who called him a “cocaine addict.”

The user @abelisted tweeted at Woods “cocaine addict James Woods still sniffing and spouting” in response to what Woods was saying on Twitter about Planned Parenthood and the media’s priorities.

On Wednesday, Woods filed a lawsuit in reaction to the “malicious and fabricated statement by a cowardly individual.” This particular user has tweeted negative things about Woods a few times, but this one apparently crossed a line.

The lawsuit alleges that @abelisted has engaged in a “malicious on-line campaign… to discredit and damage Woods’ reputation,” claims he has caused “millions in damage,” and that these tweets by this one person have “jeopardized Woods’ good name and reputation on an international scale.”

There are also nine other individuals Woods targets for assisting @abelisted, suggesting they colluded, and the lawsuit emphasizes that the false statement was probably “viewed thousands of times and possibly even hundreds of thousands of times” (italics theirs).

There’s also the allegation of invasion of privacy by false light, with the lawsuit saying “Woods is informed and believes and based thereon alleges that Defendants intended to depict Woods in a false, fictionalized, and sensationalized light in order to benefit themselves through some cowardly form of revenge for having expressed his personal views and/or for the sole purpose of harming Woods.”