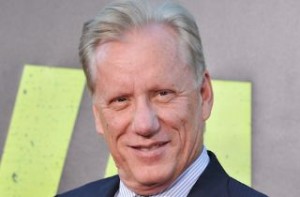 James Woods, the actor you either know from Casino, Hercules, Shark, or Twitchy, said some pretty nasty things on Twitter about the death of the anonymous Twitter user he sued.

See, last summer, Woods filed a $10 million lawsuit against Twitter used @abelisted. Why? Because Woods, who enjoys engaging in battles with people on Twitter, was outraged that this user tweeted at him “cocaine addict James Woods still sniffing and spouting.”

The lawsuit claimed that this tweet, along with others sent out by this particular user, “jeopardized Woods’ good name and reputation on an international scale.”

The slime who libeled me just dropped his appeal contesting my victorious SLAPP motion. Perennial loser @LisaBloom isn't yapping so much now

Well, the Twitter user’s lawyer, Lisa Bloom, felt Woods was leaving some important information out and tweeted this back:

Hi James. As you surely know, my client died. Have a nice day and stay classy! https://t.co/WagDlhEcBB

What followed was a pretty nasty whirlwind of tweets from Woods––some deleted––about the death of the person he used:

.@LisaBloom And how classy of you, dear, to announce his death on @Twitter. Slinking into the spotlight at his family's expense? #Lovely

.@LisaBloom Having spent time listening to you, he's no doubt in a better place. Keep losing, dear.

When the slime who libeled me retained a diet guru (@lisabloom) and a guy who calls himself @Popehat, I felt pretty good about the lawsuit.

And these are the ones he deleted: 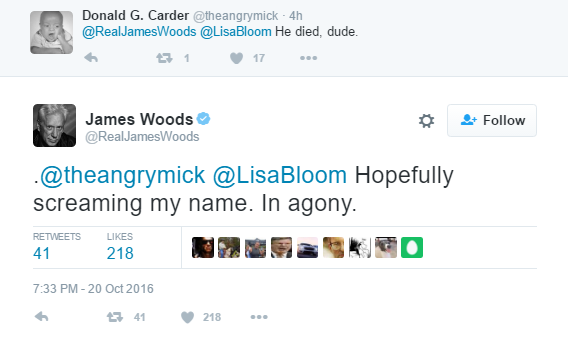 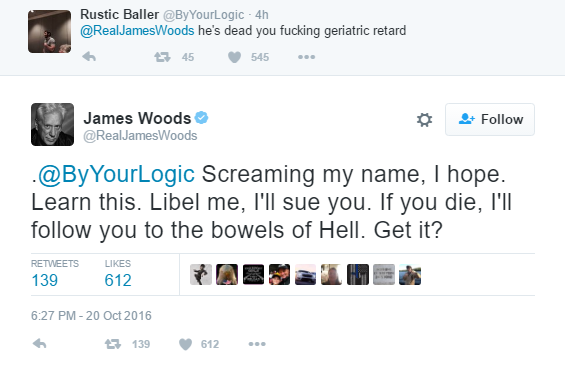 Jesus Christ. (And no, Woods hasn’t tweeted any kind of apology or anything.)