Jared Kushner, Ivanka Trump Reportedly Made $82 Million in Outside Income in 2017 While WH Advisers 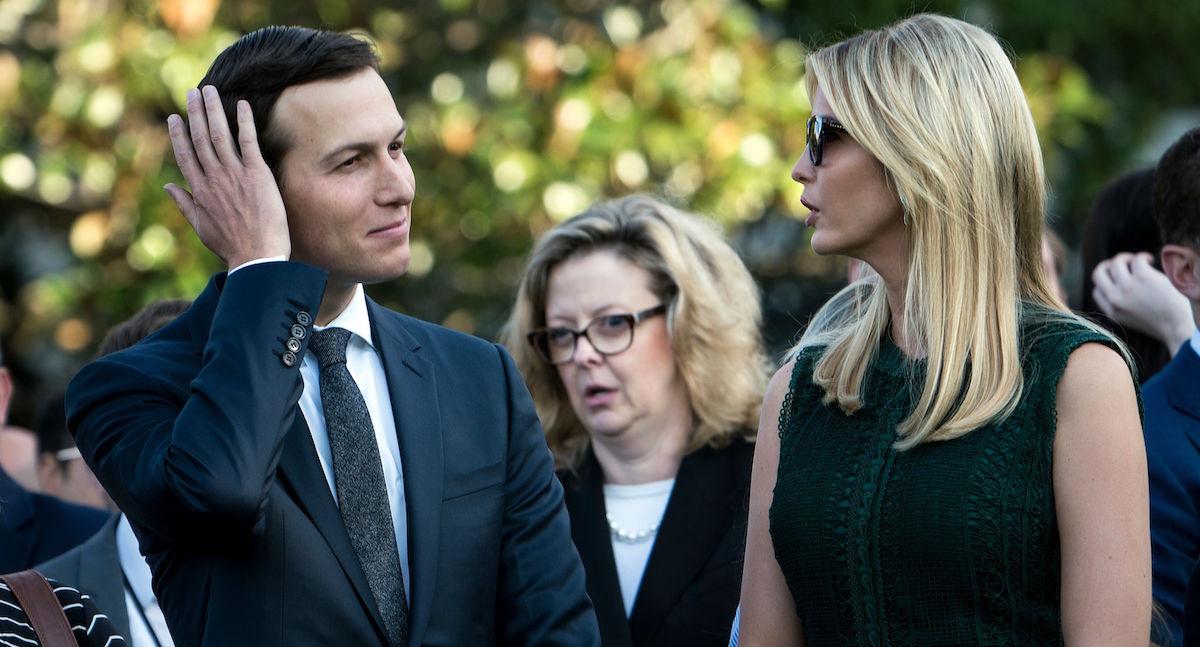 Newly-released financial disclosure forms show that Jared Kushner and Ivanka Trump made a killing in outside income over the course of their work as advisors to President Donald Trump.

Washington Post‘s review of the disclosure records has found that the couple brought in at least $82 million over the last year.

Mrs. Trump’s earnings include $3.9 in profits from the Trump International Hotel in Washington, more than $2 million in pay and severance from the Trump Organization, and $5 million from her personal brand.

As for her husband, Kushner has earned over $5 million in income from an apartment complex he acquired last year. Reports also indicate that the minimum value of Kushner’s assets rose from $137 million to at least $174 million since March of last year.

Between Kushner’s business loans, his family’s business ventures, and his failure to disclose his stakes in various companies, critics have expressed concern that his income is mixed up in ethical complications and potential conflicts of interest.

A spokesman for Kushner’s and Ivanka Trump’s ethics counsel issued a statement on the financial disclosures, saying the couple followed their ethical obligations, but the forms don’t allow them to properly describe their net worth.