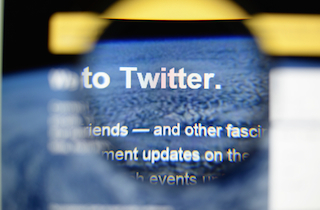 You may recall Ethan Czahor, aka the guy from Hipster.com, whom Jeb Bush hired as his social media expert before Czahor’s tasteless tweets hastened his exit less than two days later. Using failure as a spur to ambition, Czahor is back with an app designed to scrub your social media accounts clean of potentially embarrassing or offensive tweets.

Czahor found himself in trouble when his old tweets, in which he called Halloween a holiday for “sluts” and made a comment about gays at the gym, resurfaced. (Czahor deleted the tweets, far too late to save himself.) As the Washington Post’s Caitlin Dewey pointed out, Czahor looked to be the first case of a generational problem for future political operatives who grew up in the social media era.

That’s exactly what his app is intended to address. Via TIME’s Zeke Miller:

The app works by flagging postings that contain watchwords: the obvious four letter ones, as well as “gay,” “Americans” and “black.” Posts are also subjected to sentiment analysis, using IBM’s Watson supercomputer, to try to flag additional negative messages. The app’s algorithms are far from perfect, but it errs on the side of caution. The Clear analysis of this reporter’s Twitter, Facebook and Instagram accounts scored a -2,404—a record low in the private beta—from the app’s proprietary grading system which calculates the potential liability of a person’s social media history.

It will soon be converted to a traditional 0-100 scale, Czahor said, with higher scores meaning safer profiles. (One reason for this reporter’s low rating: quotes from presidential candidates frequently scored as negative, while words on the watch list triggered alerts.)

“The most challenging part of this is determining which tweets are actually offensive, and that’s something that will take a while to get really good at,” Czahor said.

Czahor’s app comes as a growing number of campaign aides and legislative staffers have lost their jobs over social media posts. The exits ranged from Aaron Schock‘s communications director Benjamin Cole, who resigned over racially-charged Facebook posts, and Scott Walker social media consultant Liz Mair, who lasted even less time than Czahor before her tweets about Iowa induced her exit.

Czahor said the app can only be used if authorized, which means oppo researchers can’t use it as a tool. He also swears it’s for getting rid of “embarrassing” posts, not ones containing racist or homophobic invective. YMMV ad to which Czahor’s were.