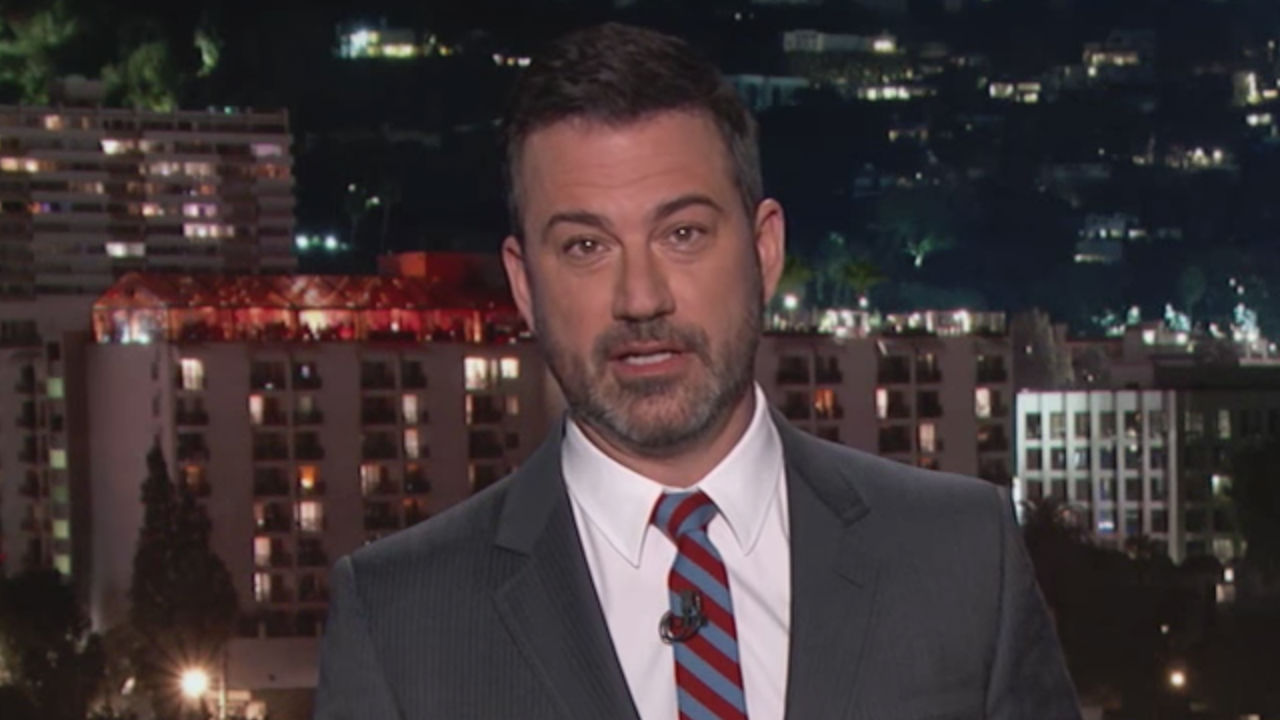 On Monday, Seth Meyers took the stage at the NBC Upfronts and promptly roasted his network — namely for previously employing Matt Lauer and Bill Cosby.

Tuesday, it was Jimmy Kimmel’s turn to take a few jabs at his network. One of his main targets? Roseanne — which ABC revived in 2018.

Kimmel didn’t stop there with his Roseanne material.

“[E]veryone who says Hollywood is out of new ideas, we’re not,” Kimmel said. “It’s just that one of our new ideas was to Google, ‘What were our old ideas?'”

Like Meyers, Kimmel couldn’t help but take a swipe at Bill Cosby. The ABC late-night host jokingly mused that NBC is planning to revive The Cosby Show.

“But for obvious reason (sic), they’re not going to call it that,” Kimmel said. “They’re calling it ‘The Bad Doctor.'”