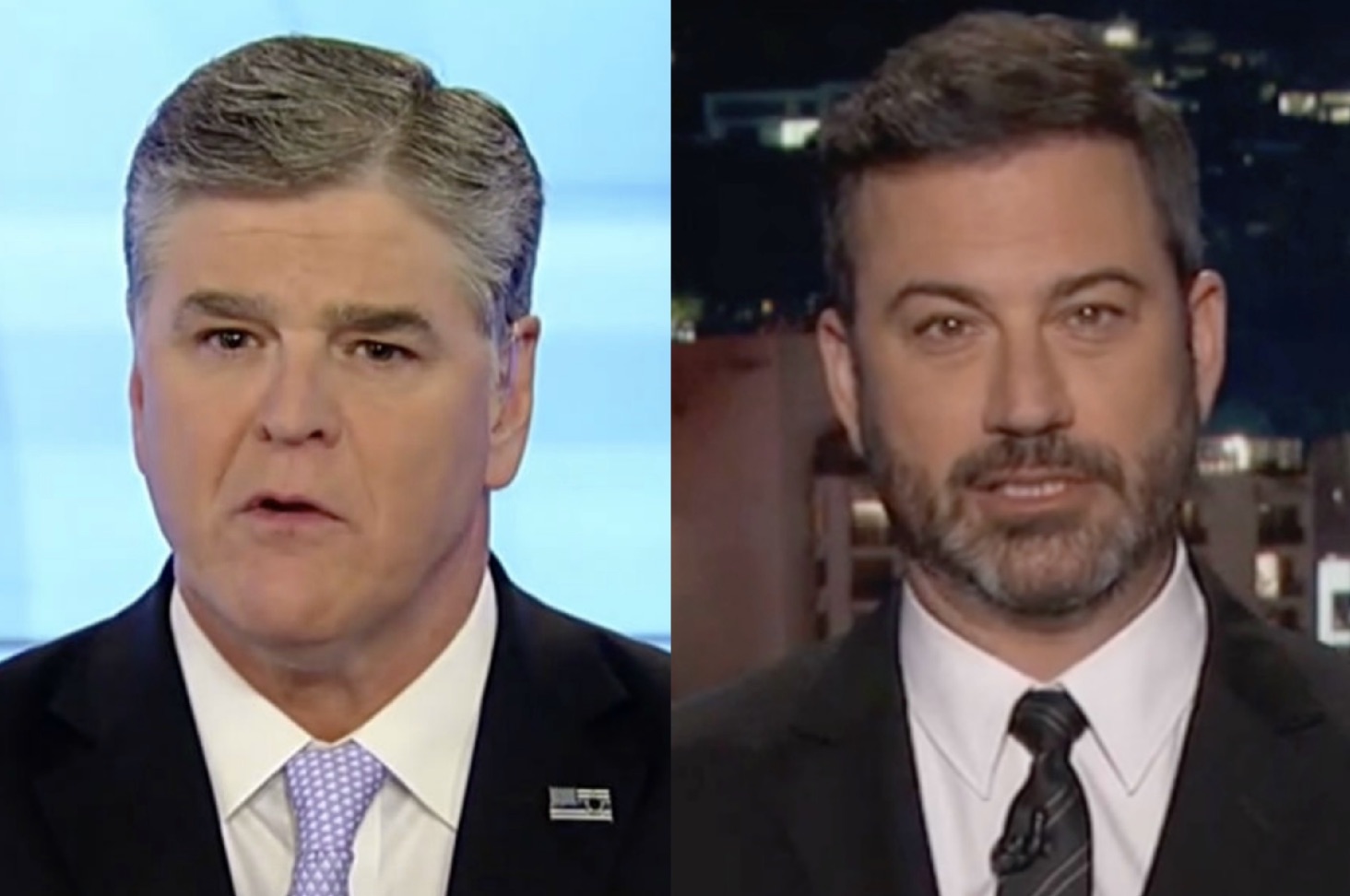 The late-night host shared a clip on Wednesday of Hannity criticizing Memorial Day revelers at Missouri’s Lake of the Ozarks, adding, “I never thought I’d say this, but listen to [Hannity].”

I never thought I’d say this, but listen to @seanhannity https://t.co/PiJa4I0lsA

During his segment, the Fox anchor urged young people to avoid large gatherings even though they’re at lower risk for the coronavirus, adding, “If you can’t social distance, please wear the mask. Do it for your mom, your dad, your grandma, your grandpa.”

Kimmel’s gesture may seem small, but the two hosts had quite a dramatic feud in 2018 when Kimmel mocked First Lady Melania Trump’s accent, prompting Hannity to compare him to Harvey Weinstein, later calling him a “sick twisted creepy perverted weirdo” who “kissed Obama’s ass.” Kimmel tweeted a disturbing picture of Hannity and a clown and called him a “lunatic” who would “say anything.”

The explosive Twitter spat ultimately ended when Kimmel declared himself finished with the “vitriolic” exchange. Hannity then agreed to the truce and invited Kimmel on his show, promising “no name-calling.”