John Legend Surprised Commuters at a Train Station With a Concert 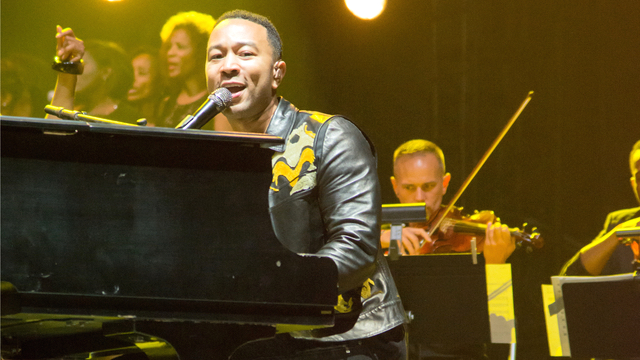 Lots of people make their morning commutes more bearable by listening to John Legend‘s music, allowing them to tune out the world while also being entertained and soothed. This morning, the singer did commuters one better at St. Pancras International Station in London by performing live for them.

Legend got to St. Pancras by way of the Eurostar train from Paris, France, and while he was on the way, he tweeted asking if the piano was still at the London station:

Arriving at London @StPancrasInt on @EurostarUK. Do they still have that piano there?

He reportedly performed for around 15 minutes. Check out the video here: