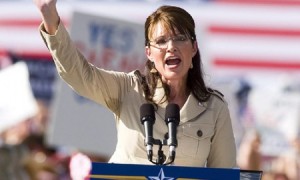 In a guest column, John Ziegler, radio host, Palin confidante, and the filmmaker behind Media Malpractice: How Obama Got Elected and Palin Was Targeted, offers his unique perspective on Sarah Palin‘s interview with Sean Hannity, and its specific implications towards a potential presidential run in 2012. The views expressed in this guest column are those of John Ziegler alone.

As dangerous, counterproductive, and pointless as it can be to try and predict whether Sarah Palin will run for president in 2012, I found myself changing my mind last night about what she likely will, and should, do regarding the largest political decision one can make.

As an outspoken and dedicated defender of Palin against a mountain of unfair media attacks over the past couple of years, I have often been amused that many of my detractors presume that I have been a strong proponent of a Palin candidacy. The reality is that I am probably one of the few people to tell her to her face (after our January 2009 interview) that she can’t win in 2012, and, in act of even greater stupidity, I have most certainly harmed my last movie among Palin supporters by publicly stating the same opinion.

Aside from whether it would be a good idea, when I was asked on CNN recently whether she would run, I put the odds at 60-40 that she would not make the big plunge. But, thanks to the bizarre events of the past week, I have experienced a rather strong epiphany on both fronts.

Before I explain myself, let me make it clear that I have no special information, have not had a direct conversation with Sarah Palin about this topic since she resigned as Governor, and strongly believe that anyone other than Palin’s incredibly small inner circle who pretends to know for sure what she is doing is either lying or delusional. With that said, I may have some insight here that will elude the many media watchers who simply don’t understand Palin.

During the final segment of her interview on Fox News last night with Sean Hannity, I became convinced that it is now significantly more likely that she will run than pass. I came to this conclusion based at least as much on what she didn’t say as what she did. At the center of this perception is the core conviction that being blamed by huge portions of the media for facilitating mass murder, and then being roundly scorned for just defending herself, simply has to drive a person on the verge of such a decision in one direction or the other. Based on her answer to Hannity, it very clear which way she has been pushed.

If Palin really has been playing a game in order just to keep her profile high (an article of faith among Palin critics), the insane reaction to this tragedy and the irrational implication of her in it would have provided her with the perfect out. After all, not even her most fervent supporter could possibly begrudge her the right to beg off a presidential run in the name of protecting her family from all of the lunacy (and potentially worse) which will be sure to come their way if they are all subjected to another campaign. But even after being given an opening to “go there” larger than FNC’s rating dominance over its competitors, Palin would have none of it.

Instead, she came closer than ever before to declaring that she will be a candidate, defiantly stating that, while she has no announcement to make right now, she is not going to sit down, and will not be told to shut up.

Technically, this is not a new statement from Palin, but given the timing, context and juxtaposition of her pronouncements, I think there is potentially great significance to what she said. For her to dramatically declare that she will not “sit down or shut up” immediately after the caveat that she is not yet “ready” to make an “announcement” and just after the word “but,” seemed to send a message only slightly more subtle than Ricky Gervais taking a swipe at an obnoxious celebrity.

Palin then went one giant step further by raising the flag in defense of free speech and those who strongly believe that our nation is imperiled by our current lack of regard for the founding principles. Once again, when given the perfect opportunity to seek cover and protect herself Sarah Palin has instead chosen to fight back and protect what she thinks is right.

This leads me to my second change of heart. Ever since I witnessed her 2008 convention speech in person, I have had admiration for Sarah Palin, but I had also (almost out of a desire to not see her and her family unnecessarily harassed) come to the conclusion that it was not a good idea for her to run for president in 2012. I figured that, thanks largely to the same media who has targeted her for over two years, Obama was unlikely to lose to anyone and that blowing her one chance to run wouldn’t be good for her or her cause. But now I not only think she will run, but I really hope she does.

I still believe barring a disaster Obama will be reelected, but I now see nothing to lose and lots to gain by a Palin candidacy. She is the only candidate who has the ultimate freedom of having already faced her political death head on. As Winston Churchill famously said, “There is nothing more exhilarating than being shot without result,” and while thankfully Palin only knows this truth metaphorically, all that she has endured gives her incredible independence. Everyone else will inevitably melt (like even grizzled veteran John McCain did) when they get close to the blast furnace that will be going up against the Obama juggernaut. Far more than anyone else in conservative history, Palin has been forced to prove just how fireproof her convictions are and how deep her resolve is.

Quite simply, no one else in the potential Republican field will be as trustworthy to conservatives on the issues, and less likely to back down, than Sarah Palin. She has shown beyond any doubt that she can literally handle anything that the pressure of running for president could possibly present.

Would she win? Probably not, but there is no Republican who would be close to being favored today against Obama. Instead, a Palin candidacy would guarantee, by far, the best chance to have true conservative principles articulated in a fearless fashion on the grandest of stages, which hasn’t really happened (with apologies to Ronald Reagan) since 1964.

While that losing Barry Goldwater campaign is not one which is likely to be emulated politically anytime soon, with Palin such an outcome (a spirited, non-politically correct defense of conservatism followed by likely temporary defeat) is the absolutely worst case scenario. Considering that such a campaign ended up directly leading to Republican victories in five of the next six presidential elections, such a potentiality is one that should be embraced by conservatives and not feared.

While many events can and likely will occur before we know the real landscape of the 2012 presidential campaign, as of today it appears that Sarah Palin will be a large part of that equation, and that conservatives may have much to be proud of. Hopefully, they will be smart enough to realize and appreciate it.