José Andrés Made a Rap Song For Donald Trump 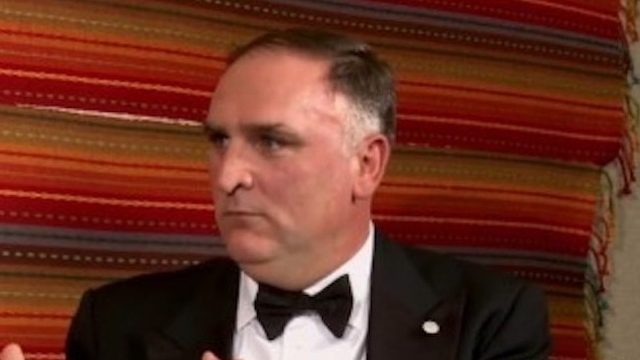 Chef José Andrés recently settled his lawsuit with President Donald Trump, but that doesn’t mean he’s done with him. Today, he posted a rap song to his Twitter account in an attempt to talk to the President about immigration reform:

Yo! I made a rap song in #AutoRap by #Smule, and it’s awesome. Listen to it here: https://t.co/JX5Kv3MJGi @realDonaldTrump

Andrés uses the rest of the minute-long masterpiece to try to convince Trump to “Take care of every single man living on American soil / Every single woman contributing to bring food to your plate.” He also asked fellow chefs Eric Ripert, Anthony Bourdain (who is no fan of Trump’s himself), and Tom Colicchio to join in and make their own rap songs. Listen to his above.