Juror B37 Drops Plans For Zimmerman Book After Criticism: ‘Best Direction For Me To Go Is Away’ 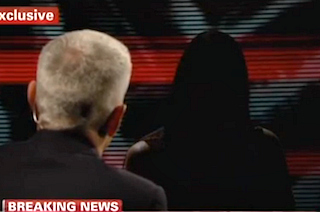 The still anonymous but now infamous Juror B37 has dropped her plans to write a book defending the jury’s not-guilty verdict in the George Zimmerman trial.

The juror signed to a literary agent on Monday, less than forty-eight hours after acquitting George Zimmerman in the shooting death of Trayvon Martin.

Juror B37 said that the sequestering of the jury kept her isolated from the roiling anger the case had produced. Now that she is back in the wide world, she said that the vociferous response to her anticipated book deal and her comments to Anderson Cooper Monday night—in which she seemed to blame Martin for the confrontation—slowed her roll.

In a statement released by her new agent Sharlene Martin—who must be pissed!—Juror B37 said:

“I realize it was necessary for our jury to be sequestered in order to protest our verdict from unfair outside influence, but that isolation shielded me from the depth of pain that exists among the general public over every aspect of this case. The potential book was always intended to be a respectful observation of the trial from my and my husband’s perspectives solely and it was to be an observation that our ‘system’ of justice can get so complicated that it creates a conflict with our ‘spirit’ of justice.

“Now that I am returned to my family and to society in general, I have realized that the best direction for me to go is away from writing any sort of book and return instead to my life as it was before I was called to sit on this jury.”

According to Martin’s statement yesterday, the book was to have given details about the jury experience and explained “why the jurors had no option but to find Zimmerman Not Guilty due to the manner in which he was charged and the content of the jury instructions.”

As the Atlantic points out, the mere specter of a deal, which likely would have been for beaucoup bucks, raised cackles that the juror was attempting to cash in on the trial, and by extension Martin’s death.