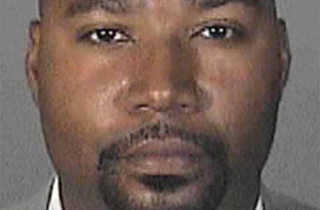 Kamala Harris is California’s Attorney General, a rising star in the Democratic Party, a candidate for the United States Senate, and… apparently someone who employs people involved in Freemason policing conspiracies?

The Los Angeles Times, America’s leading news source on West Coast Masonic intrigues, reports that Brandon Kiel, Harris’s deputy director of community affairs”, was arrested along with two others for impersonating police officers while representing the Masonic Fraternal Police Department, an organization “that claimed to exist for more than 3,000 years and have jurisdiction in 33 states and Mexico.”

Who are these clowns, exactly? Here’s an excerpt from their About Us section on what appears to be their website:

The Masonic Fraternal Organization is the oldest and most respected organization in the “World.” Grand Masters around the various states are facing serious safety concerns for their Jurisdictions and their family members. The first Police Department was created by the “Knights Templar’s” back in 1100 B.C.

The Masonic Fraternal Police Department, (M.F.P.D.) is the Knights Templar’s!

(A side note: why would you put quotes around the word “world”? Are you implying that the world as we know it does not exist? Tell me your truths, weird Illuminati eye triangle!)

Kiel was placed under investigation by Southern California police after he sent letters to various police chiefs asking for meetings, but could not adequately explain what the heck he was trying to accomplish. Further investigation revealed that the group hoarded “badges, weapons, uniforms and law enforcement paraphernalia.”

Kiel and his associates, David Henry and Tonette Hayes, were arrested and booked for impersonating police officers. Or are they the true police officers of enlightenment, suppressed by the forces of ignorance?! Quick, Robert Langdon! Get to the bottom of this!