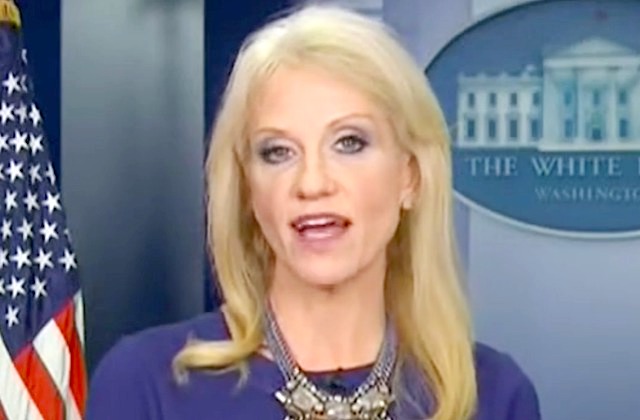 Yesterday afternoon Kellyanne Conway said that President Trump had full confidence in Michael Flynn. But not only did Flynn resign last night, Sean Spicer said during today’s press conference that the “eroding level of trust” in Flynn led to Trump asking for his resignation.

Joe Scarborough this morning slammed her as being “out of the loop,” adding that “she goes out and lies.”

Minutes before Spicer’s press conference this afternoon, Conway tweeted this out:

I serve at the pleasure of @POTUS. His message is my message. His goals are my goals. Uninformed chatter doesn’t matter.