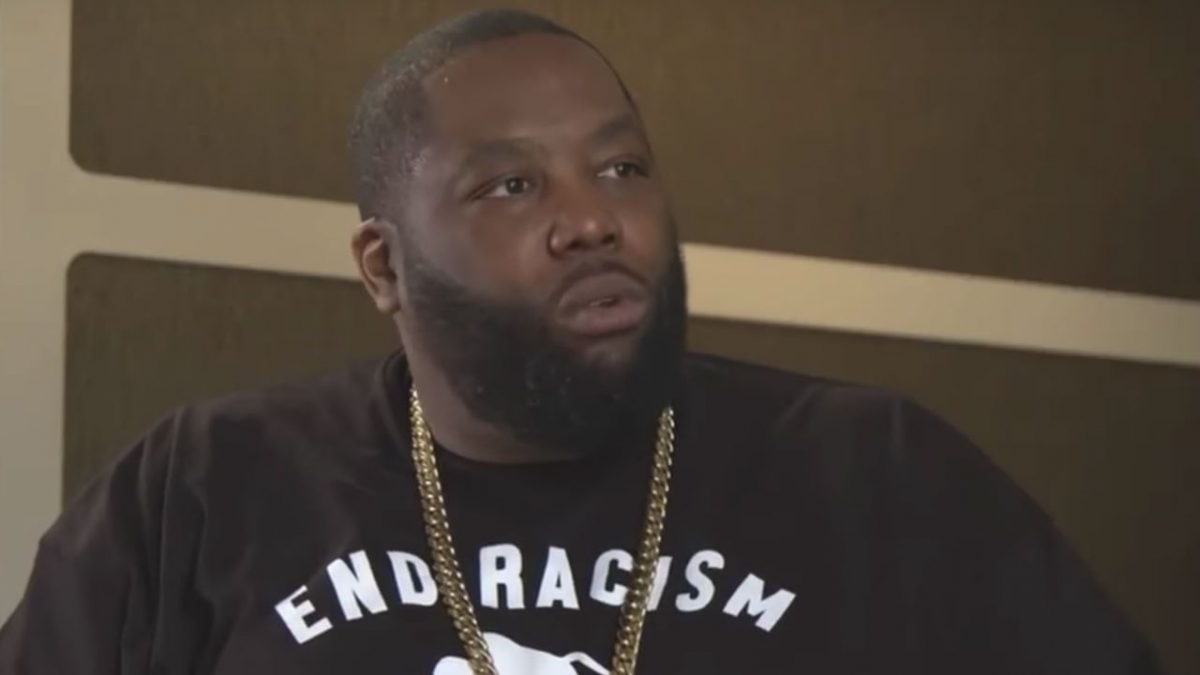 Killer Mike admitted there was “egg on my face” after an incorrect slam against MSNBC’s Joy Reid this morning.

Reid recently called him out for his interview with NRA TV:

Killer Mike cosigning an organization that traffics in threats against the media (including black women), that ignored Philando Castile, and that pushes gun sales through “brown/black scare” videos is his choice. It’s also proof the NRA knows that the teenagers are beating them.

Respectfully, Mike, NRA TV is not the equivalent of MSNBC, or CNN, or CBS, etc. It's not a news network. It's a video outlet for the NRA, designed to push their propaganda, and it's propaganda that is demonstrably hostile to people who look like you and me.

And not to be outdone… @glamluxxe and Cynthia, who rocked the H&M for our Elgin Baylor shoot! #AMJoy #GlamSquad

…he recalled what she said to him and brought up the recent controversy involving H&M selling a “Coolest Monkey in the Jungle” shirt with a young black boy:

There was just one teeny tiny problem. Reid was not talking about the company H&M. She was talking about hair and makeup, and called Killer Mike out for the very incorrect comment: 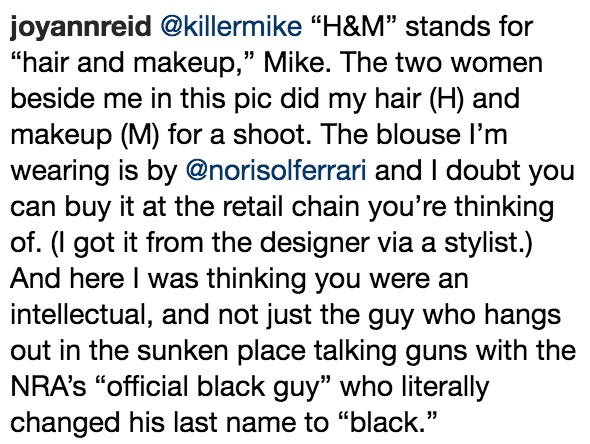 He ended up taking to Twitter to apologize for the confusion:

To Be Unclear is to be u kind taught that by publicist @Farmer8J . My apologies for my misunderstanding @JoyAnnReid and I hope we get that Black Gun owner Minus the NRA interview. Love and Respect thanks for the correct ❤️?????

Just Talked to your producer @JoyAnnReid looking forward to speaking about Black Gun Ownership. Thank u and love and Respect.

So egg on my face ??‍♂️?and all I’m happy that the convo on #BlackGunOwnerShip will happen. Thank u @JoyAnnReid for “getting me together” on H&M and making sure this important convo can be had on an acceptable platform. ❤️✊?