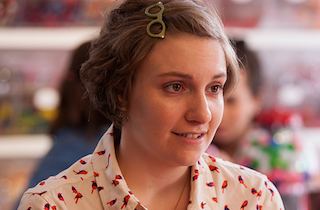 Lena Dunham set off a bit of an internet firestorm over the weekend when she went into self-described “rage spiral” over allegations from the National Review’s Kevin D. Williamson that childhood incidents described in her new book, Not That Kind of Girl: A Young Woman Tells You What She’s “Learned”

Now, in a more calmly-worded piece for Time magazine, Dunham has apologized to anyone she may have offended while maintaining that her sexual exploration was not as depraved as some, mostly right-wing outlets, have been making it out to be.

Dunham wrote that she was “dismayed” by the characterization of the events in her book and wants “to be very clear that I do not condone any kind of abuse under any circumstances.” She goes on to state that “if the situations described in my book have been painful or triggering for people to read, I am sorry, as that was never my intention. I am also aware that the comic use of the term ‘sexual predator’ was insensitive, and I’m sorry for that as well.”

Finally, Dunham confirms that “as for my sibling, Grace, she is my best friend, and anything I have written about her has been published with her approval.”

Grace Dunham said as much in tweets of her own following the uproar, essentially telling the media that it is not their job to decide what is “normal.”