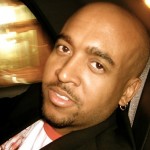 If I had written a decade ago that my 19-year-old music and culture magazine URB was “taking a hiatus from print,” it might have taken a few weeks for the news to spread. But my emailed notice about our 159th issue being distributed as a “digital magazine” was made last week. And word of our sudden break from paper and ink spread almost immediately. I was once again reminded of the unmatched and unmerciful power of the World Wide Web.

While many have quickly lamented URB‘s changes or reminisced about our long legacy, there is also an unfortunate feeding frenzy on even the hint of print’s presumed, imminent demise. News of defunct magazines and newspapers seems to come as often as celebrity deaths this year. And admittedly, in the publishing game, a hiatus is as convincing as a Jay-Z retirement promise. Gawker simply ran the headline: “URB Suspends Print Edition,” while at least one “shock blogger” seemed to be gleeful. Another magazine biting the proverbial dust was the translation, no matter how we tried to spin it.

But while the cynics will always have their blog time, this isn’t the bad old days when a magazine was only worth the paper it was printed on. Call me crazy, but any brand worthy of its audience — and able to find a sustainable financial model, which is not a simple task — has a totally viable future these days as an online destination. But it does take some pretty radical retooling. Most in the magazine industry have, to put it mildly, been slow at figuring out how to succeed as digital brands. Our industry isn’t just bleeding from a shift in media habits, our injuries are a good part self-inflicted. Play rochambeau with only paper and you eventually lose.

“Most magazine publishers, if they were being honest, would tell you they wished their brands could be as nimble as their online competition.”

And while I still contend that print is not dead (it’s dramatically right sizing to fit the new landscape), the medium is clearly an analog stowaway in increasingly digital waters. For some, that’s a thin distinction. And there’s little argument that the arcane act of using tons of paper as your primary source of disseminating information is dying. At this point, print should be seen as a complement to digital, not the other way around. Even people who say they love the the idea of print are themselves waning consumers of it. Ask them how many magazines they still read or subscribe to. Paper is sure to be around for a long time, but its hegemony over periodical communication has been over.

Friday, on Twitter, I quipped: “If every DJ I know can ditch vinyl and go MP3, we [URB] can go Web and just pull the print out for tribute sets.” What I meant was that we no longer wanted to be tethered to legacy media while everybody else was all-digital, all the time. Print magazines, which may remain a great medium for special occasions, are becoming the vinyl DJs in an MP3 world: often admired, but definitely behind.

Most magazine publishers, if they were being honest, would tell you they wished their brands could be as nimble as their online competition. But there is no way for over-staffed, high-rent, advertiser-beholden, slow-moving print media to keep pace with svelte and free-thinking digital operators. More often than not, we in the beloved and bemoaned print brotherhood are losers online. Even the sure path to fame on our covers has been hot wired by acts of online promotion or a good review on Pitchfork.

Still, my reasons for pressing pause on the printed part of our business was almost as personal as it was pragmatic. And it was, by no means, an easy decision to come to. A more by-the-numbers owner might have transitioned long before this with the gulf between print and online media widening for several years now. But in recent months, my own passions and interests have boiled over and I became eager for creative outlets that weren’t beholden to a 9″x11″ sheet of paper.

As much as I love magazines (my house is a shrine to them), I’ve become absolutely fanatical about the wild west of the Interweb. In 2009, with the further maturing of social media, I started to feel like I did back in URB‘s halcyon days. The limitless potential of the social Web burns as brightly for me as the dawn of pixels and font design did years before. There is a definite continuum from URB‘s original mission, tools and tactics to where we find ourselves right now.

The world has reset, as if I needed to tell you. And with that giant rebooting comes incredible opportunity. Along with, of course, a big case of WTF. I find both are great conditions to explore in. History has taught me that knowing the answers — or thinking you know — is death. But having unlimited questions, that’s life. I’m as curious today as I’ve ever been. And it’s time to be inspired by new ground and new challenges. Leaving behind a chunk of our past success — the printed page we knew all too well — was essential.

>>>NEXT: “Exploit technology before it exploits you.”