Lobbyists Lobby For President Obama To Stop Being Mean To Lobbyists

Lobbyists Lobby For President Obama To Stop Being Mean To Lobbyists 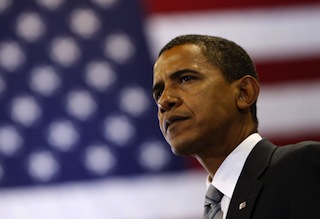 Lobbyists get a bad rap. It’s not surprising. The only times you ever hear about lobbyists are when they’re working to protect people with bad raps like the American Heroin Council or the League of Sex Slave Traders or something. In fact, lobbyists get such a bad rap that they need some lobbyists. That’s why there’s the American League of Lobbyists, an organization that lobbies for the better treatment of lobbyists (AKA people who lobby). These lobbyists have written a letter to President Obama lobbying him to stop his derogatory talk about lobbyists.

It’s the most exciting political story since The American Arguers Union and the National Debaters of America met to peacefully discuss finally aside their differences. Hopefully, this will go better.

“In a letter addressed to ‘The Honorable Barak H. Obama’ [sic], the group’s president, Howard Marlowe, said Monday that Obama’s statements are encouraging lobbyists to deregister themselves.

‘For some time, the American League of Lobbyists (ALL) has been extremely critical of your words and policies affecting lobbyists,’ the letter reads. ‘You have attacked lobbyist as being a primary source of political dysfunction, yet you have embraced those lobbyists who choose to call themselves consultants, advisors, or any other name besides a lobbyist.’

Marlowe also called on Obama to meet with lobbyists to discuss the attacks.”

Right now there is a problem with the perception of lobbyists both publicly (as my first paragraph demonstrates, most of us just think of them as the people who work for cigarette companies in movies) and legally. The number of registered lobbyists in Washington has plummeted recently, not because they’ve all quit but because a 2008 law changed the very definition of lobbying. This means that the White House can hire former top members of lobbying firms while still sticking to their claim that they would never hire “lobbyists” and Newt Gingrich can claim he’s never lobbied despite a whole career of doing everything that we would normally associate with lobbying (as Marlowe explained in this op-ed).

So clearly the lobbyists’ lobby has a lot to lobby about. Good thing they know some folks who are good at persuading people.

Next stop, getting the National Spellers Lobby to teach them how to spell the President’s name right.