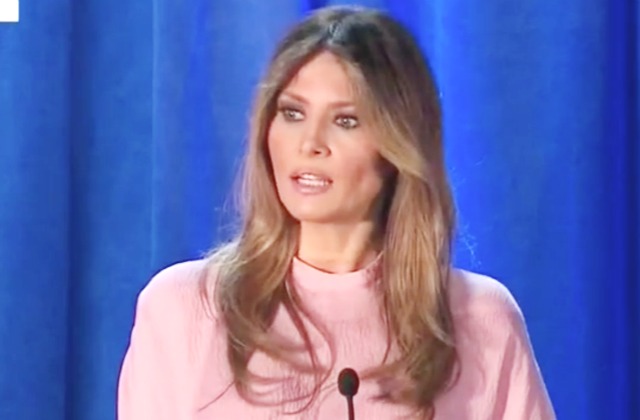 Earlier today, it was breathlessly reported by Us Weekly that First Lady Melania Trump was reconsidering moving to the White House once her and President Trump’s son Barron is finished with the school year.

However, it looks like that is nothing more than just baseless rumors.

First, as our friends at Gossip Cop highlighted, Us Weekly’s story was based solely on a source saying the following:

They will reevaluate toward the end of the school year if they will keep this arrangement or if Melania and Barron will move to Washington. They could go either way right now.

Gossip Cop also heard from a Trump contact that the report was false and the “First Lady will move to D.C. at the end of the school year.”

Also this evening, CNN reported that Mrs. Trump had made her first official East Wing hire by tapping Lindsay Reynolds to serve as her chief of staff. In a statement, FLOTUS said she was “excited to be organizing and bringing together such a dynamic and forward-thinking group of individuals who will work together to make our country better for everyone.”

CNN also noted that a White House source informed them that the First Lady will join the president at Mar-a-Lago this weekend.